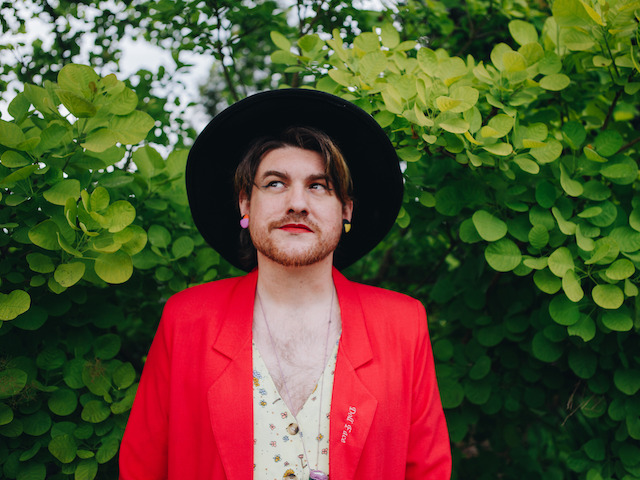 Date:
Saturday, December 11, 2021
Time:
7:00PM
Venue:
Lounge
Price:
$15 :: Proof of Vaccination or Negative Covid Test w/i 48 Hours :: Masks are Required
Status:
Tickets on Sale now - Please Call the Venue
Details:
Reserved Tickets available with dinner reservations only :::: There is a $20 minimum in food and beverage purchases per person with your dinner reservation ::Seating is limited. You MUST call venue (828-575-2737) to make a dinner reservation and purchase your tickets. .

Adeem Maria (they/them/theirs) is a seventh-generation Carolinian, a makeshift poet, singer-songwriter, storyteller, and blue-collar Artist. They began toiling at their instrument in 2002 when their family relocated to Syracuse, NY and used songwriting as a vehicle to process the ensuing culture shock, their faith, and later their journey through apostasy.

Blending a homegrown affection for Country Music with the emotional ballyhoo of alternative folk in the early aughts, they have created a unique brand of Americana that pays homage to John Prine and John Darnielle (of The Mountain Goats) in equal parts.

Over the course of the last year, they’ve appeared for the first time on the Americana Charts with their single “Pandemic Days” as well as receiving praise from American Songwriter & Rolling Stone. On Cast-Iron Pansexual, they weave a rich tapestry of words with humor and wit; exploring identity across coalescing subcultures. Traveling to Carolina to get their Tarot read while straddling the duality of being a “blue collar boy” who is a “complicated dame,” Adeem excavates unwonted stories of the forgotten south.

Come enjoy an evening of live music, food and drinks in the Isis Music Hall Lawn. Reservations are highly recommended.