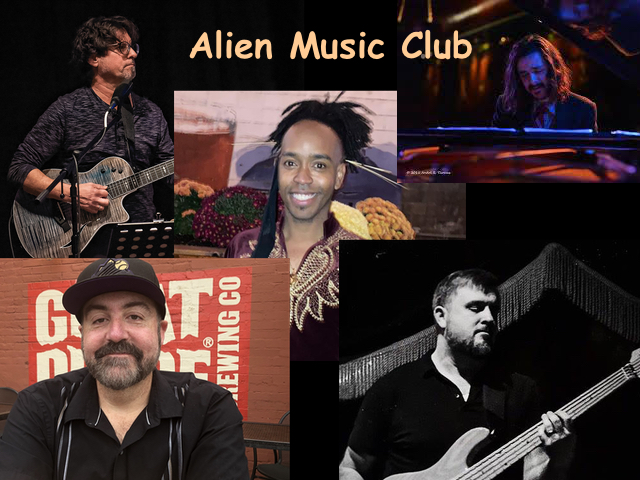 Alien Music Club is a musical consortium of some of the best musicians in Western North Carolina, playing a wide range of musical styles from jazz to funk, blues, soul and classic rock, as well as eclectic original material. It features guitarist and composer Jonathan Pearlman, bassist Ben Bjorlie, pianist Taylor Pierson and drummer Jay Hoots. Tonight’s show features amazing vocalist Reggie Headen. Reggie got is first “call” to sing jazz after hearing a recording of Lena Horne singing “Old Devil Moon”. He was featured as a performer in Broadway’s Rising Stars 2007 at New York’s famous Broadway concert venue, Town Hall. Over the years Reggie has fronted many bands in various styles, ranging from funk to rock and roll. This promises to be an electrifying performance, not to be missed!

Come enjoy an evening of live music, food and drinks at the Isis Music Hall. Advanced Reservations are highly recommended.

Here's the scoop on our springr Concerts!!