A program of piano quartets featuring the first published works (Opus 1) of Felix Mendelssohn (age 13) and Josef Suk (age 17) as well as a movement from a quartet by Suk’s mentor and father-in-law, Antonin Dvorak. Passionate and powerful music with top musicians from around the world!

AmiciMusic, meaning Music Among Friends, is an award-winning musical organization based in Asheville, NC that is dedicated to playing the highest quality chamber music in intimate venues and non-traditional spaces. They aim to break down barriers between performers and audience by establishing a more informal and relaxed atmosphere often including food and drinks. Dr. Weiser also presents short anecdotes before each piece is played about the composer to help put the works in socio-historical context. This is chamber music the way it was meant to be heard and seen—in a true chamber—and performed with the spirit, energy and intensity that this great music requires. 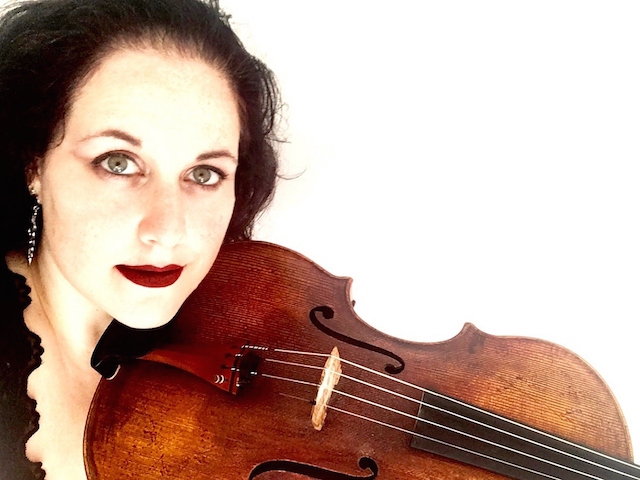 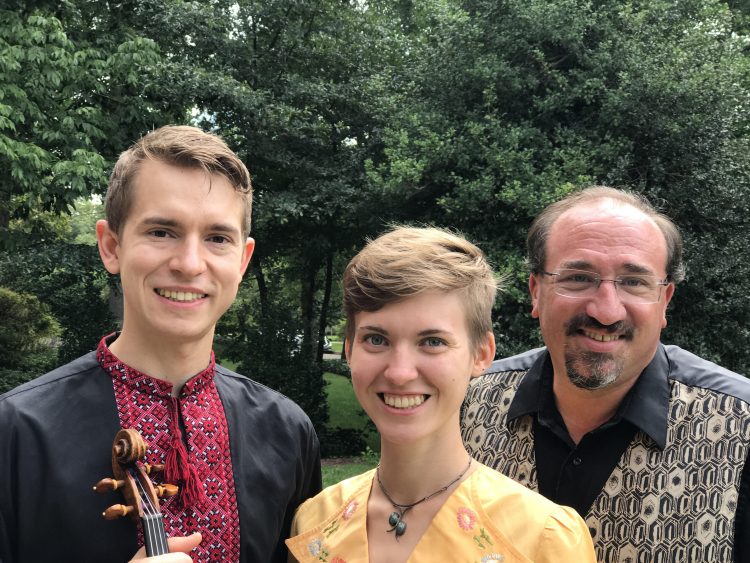 Emmanuel Borowsky, violin, has performed in over 35 countries throughout North America, Europe, Asia, and the Middle East and has been described as a "remarkable talent who brings forth a celebration of fire and temperament as well as immense sensitivity."  Borowsky has been featured as soloist with orchestras in Japan, Germany, Lithuania, Jordan, Poland, and Cuba. Emmanuel's love of music is manifested in his educational work with aspiring musicians. Each summer, he teaches violin and chamber music at the esteemed Intermuse International Music Institute and Festival USA. He is on the faculty of Towson University, and also teaches privately in Baltimore. Borowsky holds degrees from the Icelandic Academy of the Arts, Indiana University (B.M., M.M.) and University of Maryland (D.M.A). In September 2018, Dr. Borowsky toured Lithuania, performing recitals and giving masterclasses in major cities. The tour culminated in an internationally-televised performance of the world premiere of Giedrius Kuprevicius’ “Star of David” Chamber Symphony.

Hungarian-American violist Anna Pelczer has become a sought-after guest orchestral leader both in Germany, where she now lives, and abroad. Recent performances have been with the Beethoven Orchester Bonn, the Philharmonie Baden-Baden, the Staatsorchester Mainz, and the English National Ballet. A frequent collaborator for contemporary works, she is a member of the Lucerne Festival Alumni and recently premiered several new works by Kaija Saariaho. An active teacher, Ms. Pelczer maintains a private studio and has served as a coach at the Verbier Festival Amateur Chamber Music Week in Switzerland. She is currently Professor of Viola and Chamber Music at the European Summer Music Academy in Kosovo, and has been a part of the teaching faculty at the Goppisberger Musik Wochen in Grächen, Switzerland since July 2014.  Anna Pelczer attended Yale University and the Yale School of Music, where she studied with and served as teaching assistant to Jesse Levine. She has participated in masterclasses with Zoltán Tóth, Bruno Pasquier, and Rainer Moog. A former Fellow with the New World Symphony, she attended the International Ensemble Modern Academy, the Festival Pablo Casals, and performed as principal viola at the Verbier, Schleswig-Holstein, Luzern, and Tanglewood Music Festivals. Ms. Pelczer lives in Karlsruhe, Germany, and performs on a viola made in 2011 by Ersen Aycan.

Cellist Frances Borowsky has performed in over twenty countries throughout Europe, Asia, and North America. In addition to being an active chamber musician, she has been featured as a soloist with the Tianjin Symphony, Alexandria Symphony, Gettysburg Chamber Orchestra, Rheinland-Pfalz Youth Orchestra, and Polish Youth Symphony. Performances this past season included Beethoven's "Triple Concerto" in February with the Oregon Pro Arte Chamber Orchestra, and Tchaikovsky's "Rococo Variations" in April with the Lebanon Valley College Orchestra. Borowsky’s major teachers have been Cecylia Barczyk, Amit Peled, Eric Kutz, and Alexander Huelshoff. She holds degrees from Towson University, Peabody Conservatory, and Folkwang University of the Arts, and is currently a doctoral candidate at the University of Maryland, where she serves as a graduate assistant. Borowsky is co-director of the Intermuse Music Institute and Festival in Maryland, and teaches cello at Lebanon Valley College in Annville, Pennsylvania.

Daniel Weiser, piano, has a Doctorate in Piano/Chamber Music from the Peabody Conservatory, where he studied with Samuel Sanders and Robert MacDonald and won the Richard Franko Goldman prize for outstanding contribution to musical and education life.  He has performed on many great stages, including the Weill Recital Hall of Carnegie Hall, the National Gallery of Art in D.C., and on the Dame Myra Hess Concert Series in Chicago. He has also concertized around the world, including Israel, Thailand, Holland, Egypt, and France and was the 1996 U.S. Artistic Ambassador Abroad, for which he performed on an eleven-country tour of the Middle East and Asia.  He has been on the music faculty of Dartmouth College and the prestigious St. P