An Evening with Pretty Little Goat and Giri & Uma Peters 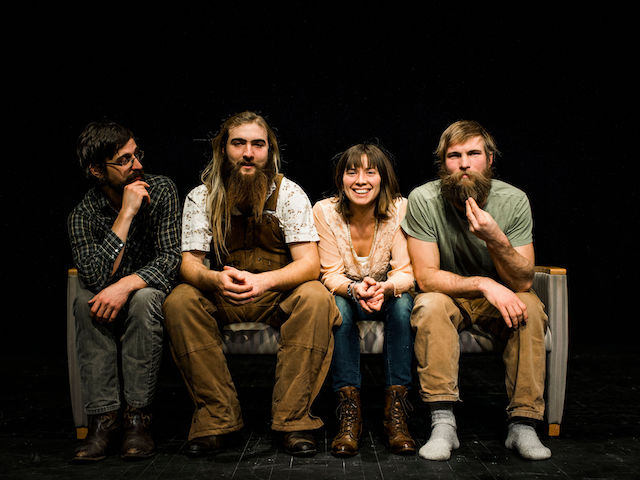 Young dynamic duo Giri & Uma Peters will play a set as well – an evening of traditional music not to be missed!

The band formed in 2013 through their common grounding in the deep well of local tradition found in the mountains of Western North Carolina. As young lovers of old-time music, Pretty Little Goat began winning string band competitions right away. As a collective artistic entity, they see traditional music is a living art form; vibrant and evolving. Their unique take on mountain music captured in their first two albums has earned regular play on WNCW 88.7 as well as many other radio stations world-wide.

Come see for yourself. 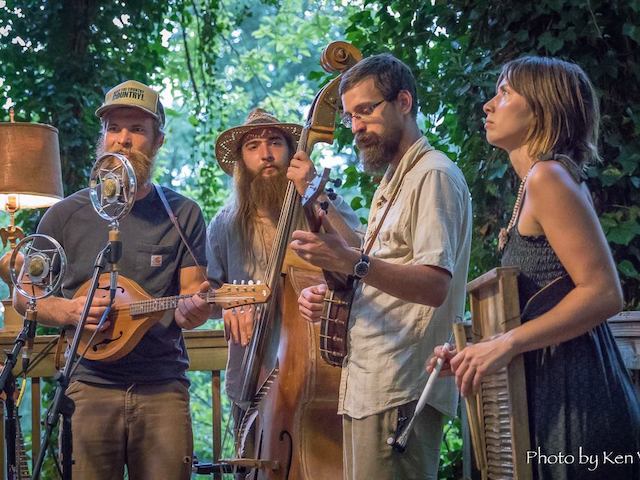 In the worlds of bluegrass and traditional folk, where music is still passed directly from one generation to the next, it’s not unusual to witness young talents astounding crowds with feats of instrumental dexterity. But it’s highly unusual to encounter players like brother-sister duo Giri and Uma Peters, who, at ages 14 and 11, have already performed at the Kennedy Center, jammed and recorded with Rhiannon Giddens and tracked an album at Jerry Douglas’ studio — after gravitating on their own toward American roots music. They stand out even more because, in genres in which artists of color are still anomalies, fiddler/guitarist/mandolinist Giri and fiddler/banjo player Uma might be the first bluegrass duo of Indian American heritage.

The Peters’ new album, Origins, releasing May 31, contains eight songs with rich histories — and one Giri original — collectively intended to convey not only those songs’ origins and interconnected stitching in the colorful quilt of American music, but their continued relevance in a culture still burdened by oppression. Giri says these well-loved tunes — including “Shortnin’ Bread,” “Sittin’ on Top of the World,” “Babe It Ain’t No Lie,” “Goin’ Down the Road Feelin’ Bad” and “John Henry” — also share connections to “slavery, the intermixing of cultures and sometimes, racism.”

Budding musicologists Giri and Uma began exploring song histories after becoming inspired by Giddens’ work in the Carolina Chocolate Drops. In fact, clawhammer player Uma first picked up
a banjo, at age 7, after seeing Giddens play.   “I had never seen clawhammer before, and had never seen a woman playing banjo,” says Uma. “I had never seen a musician of color playing this music.” 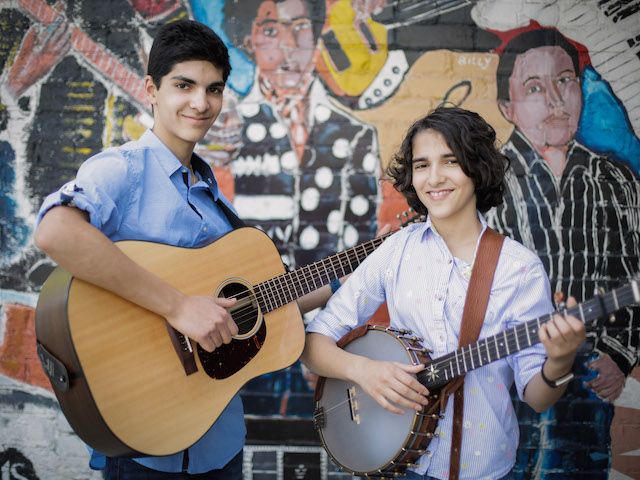