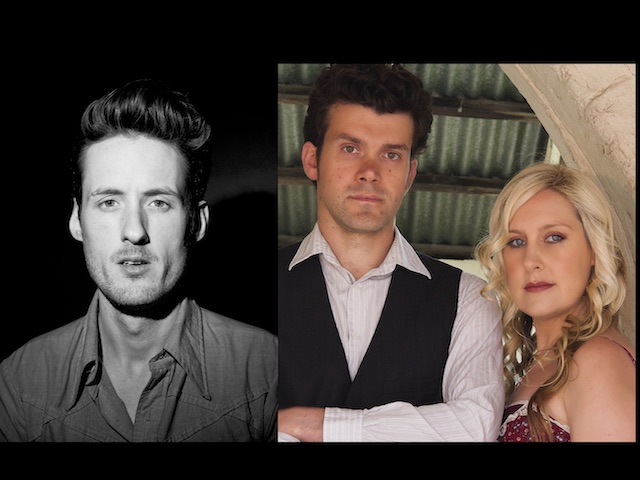 Date:
Sunday, September 11, 2022
Time:
6:00PM
Venue:
Lounge
Price:
$20
Status:
Tickets on Sale now - Please Call the Venue at 828-575-2737
Details:
Seated Lounge Concert :: Reserved Tickets are available with dinner reservations only :::: There is a $20 minimum in food and beverage purchases per person with your dinner reservation 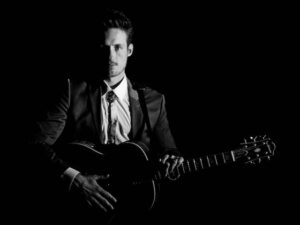 There are singer-songwriters, and there are troubadours. Singer-songwriters are sensitive, polished souls, sharing their journal entries with the world… whereas troubadours do their best just to stay out of jail. In the wake of Ben de la Cour’s astonishing new record, Shadow Land, you can add his name to the top of the list of younger troubadours to whom this ever-so-occasionally poisoned chalice is being passed.

To say Ben de la Cour has lived an eventful life would be an understatement. As young man he was a successful amateur boxer (taking in the lithe frame he sports today and his aquiline undamaged features, you’d never know that small-time pugilism was ever a feature of his life) which may have inspired the line “never trust any man / if he don’t have no scars”. After playing New York City dives like CBGBs with his brother a decade before he could legally drink, he had already stuffed himself into a bottle of bourbon and pulled the cork in tight over his head by the time he was twenty one. There were arrests, homes in tough neighborhoods all over the world, countless false starts as well as stays in psychiatric hospitals and rehabs as Ben battled with mental health and substance abuse issues. But in 2013 he finally found himself in East Nashville and 2020 saw the release of far and away the best of his four albums – Shadow Land. 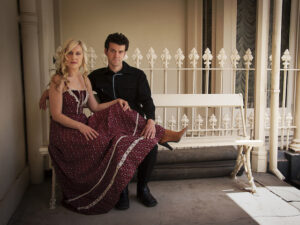 3 x CMAA ‘Golden Guitar’ and 2021 Australian Folk Music and Music Victoria Award winners, The Weeping Willows (Laura Coates and Andrew Wrigglesworth) are a couple of old souls, steeped in Bluegrass tradition and draped in Gothic Americana imagery. They regale their audiences with stories of sunshine and romance, God and The Devil, murder and decay. That kind of description might make them sound like some carefully contrived concept-act but there’s something truly different about The Weeping Willows: they really mean it. A Weeping Willows performance, whether live on location or caught on tape will always delight.