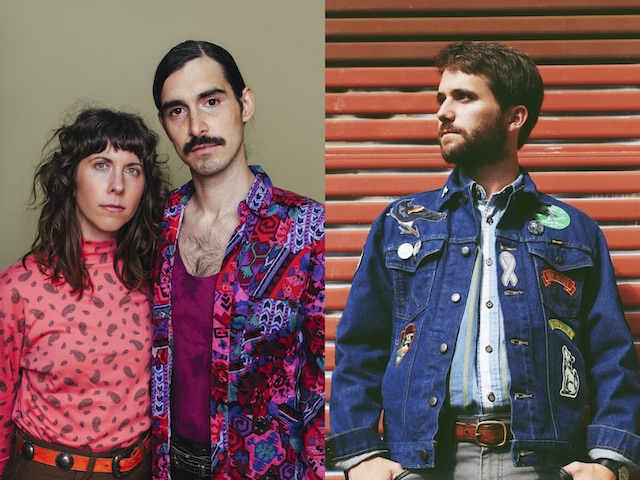 Following their critically acclaimed 2017 debut and a string of singles in 2020 their evolution is made plain on their sophomore LP, Stranger Again, released May 7, 2021 on Sleepy Cat Records. The album has received enthusiastic attention from tastemakers including No Depression, American Songwriter, FLOOD Magazine, Talkhouse, and INDY Week among others.

Stranger Again is a deep dive into Cosmic American music, with the band taking their sound into ambitious new planes, where country-rock meets light psychedelia as the soaring vocals meet twangy slide-guitars and propulsive bass-lines. The otherworldliness of the music is a perfect contrast to their distinctly grounded, human storytelling lyrics. Throughout Stranger Again, they explore loss and longing, self-love and reckoning with personal, political and human struggles.

The tale of wayfaring songwriter Shay Martin Lovette is shaped by an enduring creative pursuit, an inseparable connection with the natural world, and a deep appreciation of the nonpareil musical voices of the past. Two years after his noteworthy debut, Swift Drifter, Lovette brings forth his sophomore record Scatter & Gather, a collection of songs that signal an undeniable shift in the gravity of his writing and arranging. Written mostly from a remote, creekside cabin, these songs solidify Lovette’s role as a versatile harmonica-wielding wordsmith, effortlessly drifting between the formulas of folk, indie, and homestyle roots music.
Main Hall Seated – Reserve Tickets are available on the Main Floor with a Dinner Reservation. You must call the venue for reserve tickets and reservations at 828-575-2737 :: General Admissions tickets are available for the Balcony only – seating is First Come First Serve. General Admission tickets are available on line. There is no dinner service on the balcony