This Joint is Jumpin’! A Celebration of Fats Waller with Charlotte Sommers & Bob Strain 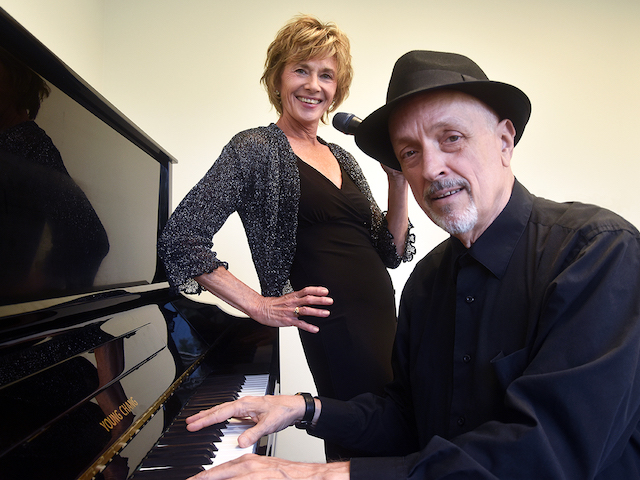 Date:
Friday, September 30, 2022
Time:
7:00PM
Venue:
Lounge
Price:
$15
Status:
Tickets on Sale now - Please Call the Venue at 828-575-2737
Details:
Reserved Tickets for the Lounge are available with dinner reservations only :::: There is a $20 minimum in food and beverage purchases per person with your dinner reservation :: Seating will be limited :: You MUST call venue (828-575-2737) to make a dinner reservation and purchase your tickets.

It’s 1930s New York, where the jazz is hot, Fats Waller is at the height of his popularity, and revelers pay a quarter admission to kick up their heels at rent parties in Harlem apartments. Piano man Bob Strain and songstress Charlotte Sommers are teaming up to delight Isis jazz fans with their renditions of Fats Waller’s hottest hits like Ain’t Misbehavin’ and Honeysuckle Rose, along with lesser known gems like Abercrombie Had a Zombie and Your Feet’s Too Big. We’ll round out the set with iconic tunes by Cole Porter, Harold Arlen, and the Gershwin brothers. Keepin’ the beat will be Jeff Hankin on drums and Bob Songster on upright bass.

A jazz vocalist known for her remarkable range and effervescent stage presence, Charlotte Sommers has performed with some of the area’s top jazz musicians at Isis Music Hall and other Asheville venues. Charlotte earned a Theater Arts degree at San Francisco State University and performed in scores of Bay Area theater productions and later the Washington, DC area, where she went on to hold executive level positions with several arts organizations. It was during her stint as director of BlackRock Center for the Arts, where she booked such jazz greats as Regina Carter, Rene Marie, Christian McBride, and Ravi Coltrane, that her passion for jazz was sparked. She studied with jazz educator Connaitre Miller and made her debut as a jazz vocalist at Strathmore Music Center. Charlotte is the former director of Asheville Music School, where she remains on staff, and is currently the lead vocalist in a vintage jazz ukulele band.

Bob Strain is a classically trained pianist who specializes in jazz and the American songbook of standards. He holds a Bachelor of Arts in music from Shepherd University, and Master of Music and Doctor of Musical Arts in piano performance from Shenandoah Conservatory. He has performed extensively in the Washington, DC region, with long-term engagements at venues such as the Willard Intercontinental Hotel, the Gaylord National Hotel at National Harbor, MD, Mr. Henry’s of Georgetown, the Bavarian Inn of Shepherdstown, WV, and Friends piano bars at Dupont Circle and Georgetown. Bob currently performs at venues in the greater Asheville area and teaches piano at Warren Wilson College and Asheville Music School.