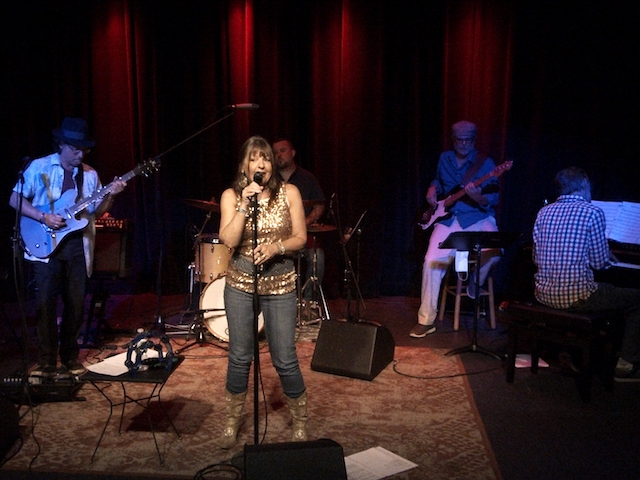 From cover tunes to originals, the scope of nostalgic to modern stylings she chooses to deliver effectively evokes the groove and embodies the lyrical content and distinguishes her from other great vocalists. For the past fourteen years, she’s either won or placed in the Western North Carolina Readers poll for Best in Blues. In 2016, she was named Best Vocalist as well as the area’s most noted musician who gives back to the community. With her stellar backing instrumentalists, guitarist Jonathan Pearlman, bassist Ben Bjorlie and drummer, Jay Hoots, this “ruby throated” International Blues Challenge semi finalist 2008, 2010 and 2015, thrives on sharing her interpretations and influences.