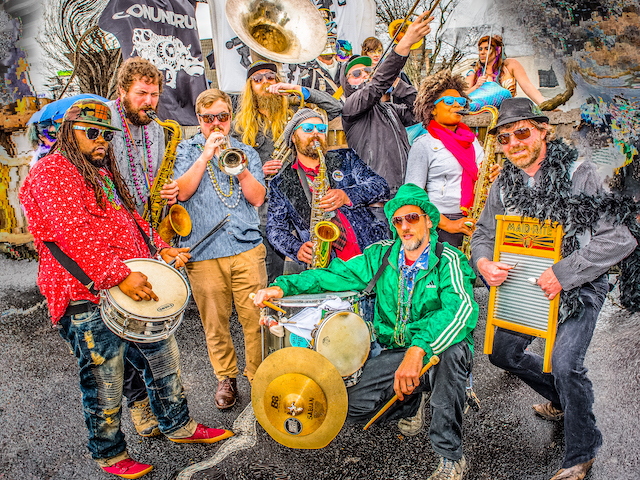 Asheville, NC-based BrassFunkRock band Empire Strikes Brass has a lot to say with a big sound. Their brand new 11/11/19 release is a 10-track album entitled “Brassterpiece Theatre” and it lives up to its name. Chock-full of serious groove from a thumping rhythm section highlighted by lush horn arrangements played by a thick horn section, this 2nd studio album is a funktacular dive into the band’s compositional roots as well as its’ creative and collaborative soul. There’s a lot of depth in these original tunes that speak volumes to ESB’s evolution.

Founded in 2012, ESB has grown from a party band of friends playing New Orleans-originated or inspired second-line and funk tunes with elements of rock and jam. Now, it consists of a collective of players, singers, songwriters, and producers who have found an original sound that fuses their individual musical influences with fresh ideas while still holding true to their foundation.

Featuring rich group and lead vocals from several members including Grammy Award-winning artist Debrissa McKinney (Secret Agent 23 Skidoo), keyboardist/producer Lenny Pettinelli, and guitarist Kelly Hannah, ESB has played over 300 shows all over the country. Since their conception, they have been a constant fixture at various festivals throughout the east coast. The band has had the pleasure of having Warren Haynes (Allman Bros. Band and Gov’t Mule) sit in with them at New Mountain Amphitheater in Asheville, NC and the honor of performing at the Jazz and Heritage Festival celebrating the life of Dizzy Gillespie in his hometown of Cheraw, SC for the past 6 years in a row. Empire has also co-billed with some of the biggest names in funk and soul including Mavis Staples, Dr. John, and Lettuce as well as a recent co-bill in November of 2019 at Woodlands Festival with jam band giants Umphrey’s McGee. ESB is also announced to play 2 huge shows at the US Cellular Center in Asheville with Umphrey’s and Billy Strings.

Paul Juhl, ESB’s founder and saxophonist, put together a crew of characters that have a rich and diverse musical background. The horn players including JP Furnas (bass/tuba/trombone), Alex Bradley (trumpet), Kyle Snuffer (trombone/sax), Debrissa McKinney (sax) and Juhl all have a deep love of many styles including funk, jazz, R&B, outlaw country, hip hop, and almost everything else! In May of 2019, Empire Strikes Brass horns played 3 performances at Red Rocks Amphitheater in Colorado - 2 shows with psy-trance icon Shpongle and 1 show with friends and livetronica legends Papadosio. Over the years, the horns have also sat in with such artists as The Dirty Dozen Brass Band, Galactic, Rubblebucket, The Big Something, and many others. Other notable side projects and performances from members include Lenny Pettinelli recording and performing with Jazz is Phsh - and instrumental tribute to the music of Phish founded by the Chase Brothers featuring Grammy Award-winning saxophonists Jeff Coffin (Bela Fleck, Dave Matthews Band) and Chris Bullock of Snarky Puppy as well as legendary jazz trumpeter Michael Ray (Sun Ra, Cosmic Krewe) and many other heavy hitters. Paul Juhl has performed with John Oates (Hall and Oates) at MerleFest. In addition to her work with Skidoo, Debrissa McKinney has performed with Karl Denson and George Clinton. Alex Bradley, Kyle Snuffer, Debrissa & Juhl have sat in with Andy Frasco. Furnas, Juhl, and Bradley were also featured playing horns on the live album compilation from world-renowned artists Beats Antique entitled “Creature Carnival” released in 2015. 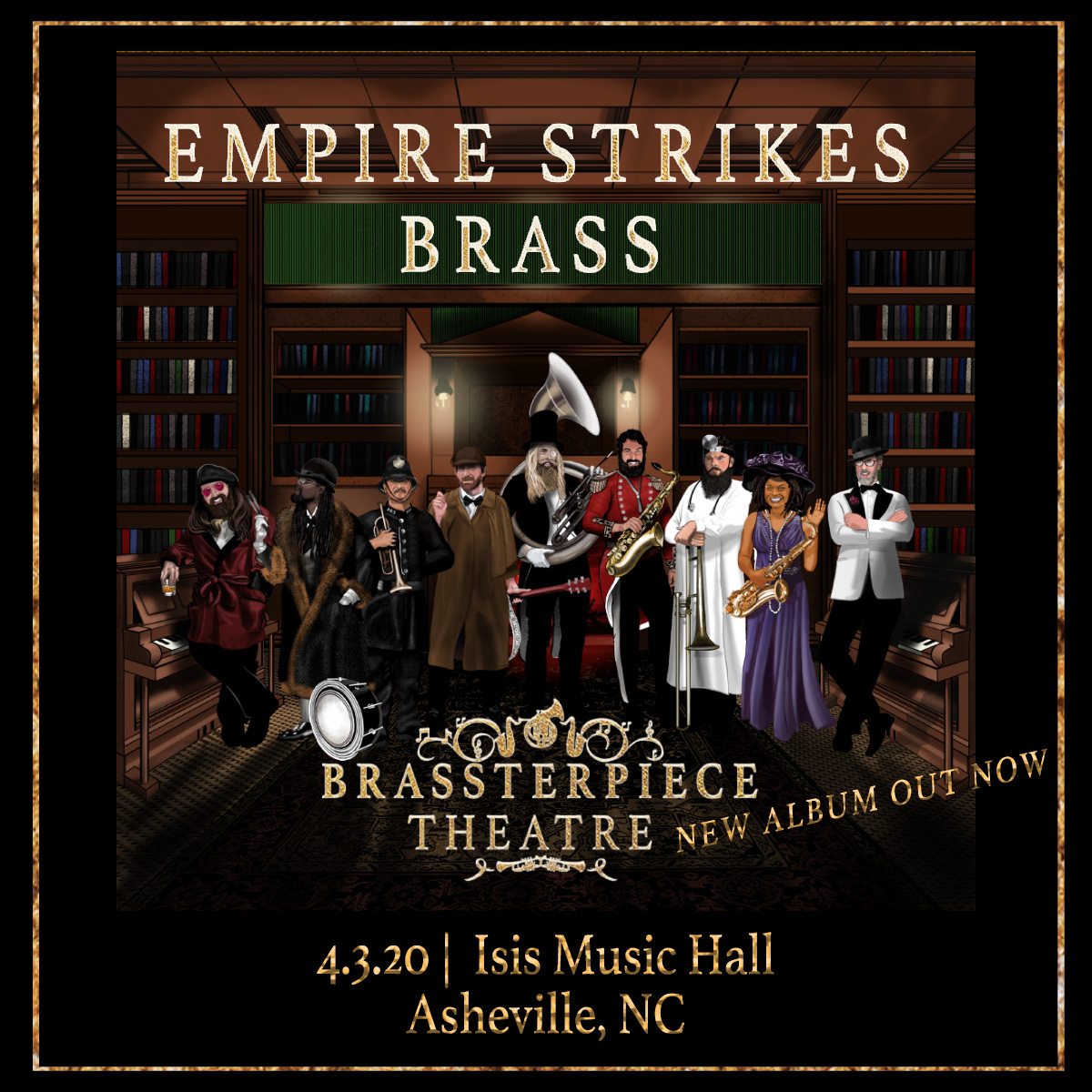