An Evening with Gabrielle Stravelli 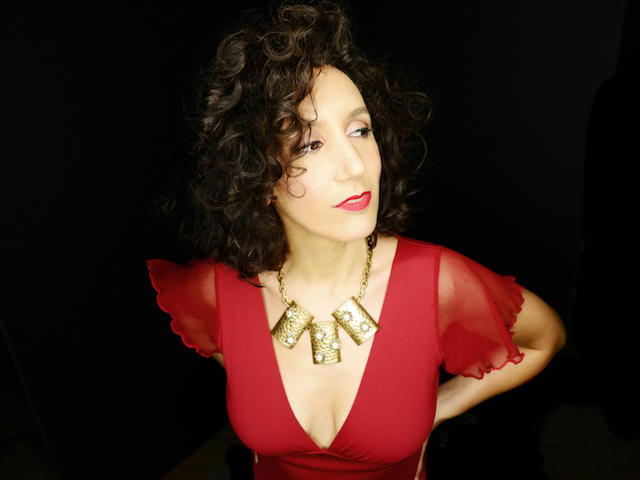 Join acclaimed jazz vocalist and songwriter Gabrielle Stravelli for an eclectic set of standards, original compositions, fresh arrangements of pop and rock classics and much more! Gabrielle will present original material from her 2017 release “Dream Ago” which received 5 stars from Downbeat Magazine, as well as selections from her newest album, dedicated to the music of Willie Nelson. You’ll hear songs old and new like you’ve never heard them before.

“As she dipped and swooped, twirling notes and phrases with a confidence and playfulness that recalled Ella Fitzgerald in her prime, Ms. Stravelli began interpreting lyrics with a ferocity that her vocal pyrotechnics accentuated.” --Stephen Holden, New York Times

Award-winning vocalist Gabrielle Stravelli has garnered critical acclaim and a loyal following through her rich sound, original songs and her unique take on material from the new American songbook as well as classic standards. A trained actor, Gabrielle has a soulful sensitivity for the story in the lyric and was called “a powerhouse of individual expression” by The Village Voice.

Most recently Gabrielle headlined the 2018 WBGO Jazz on the Mountain Festival, toured Southeast Asia, Pakistan and Azerbaijan as a United States Department of State “Jazz Ambassador” and toured the US promoting her album, “Dream Ago” which has received rave reviews from Downbeat Magazine, The Huffington Post and LA Jazz Scene among others.

She headlined the 2016 Eleuthera Jazz Festival, a four-country US State Department-sponsored international tour in the American Music Abroad Program and premiered Rooms of Light, a new song cycle by renowned jazz pianist Fred Hersch. She has toured the US with the Jazz at Lincoln Center Orchestra performing Wynton Marsalis’s Abyssinian: A Gospel Celebration, has been featured in 92Y’s Lyrics and Lyricists Series, at the Caramoor Festival, with the Fayetteville Symphony, the Nelson Riddle Orchestra, the Cincinnati Pops and the Santa Rosa Symphony. She holds a BFA from the University of Cincinnati College-Conservatory of Music.