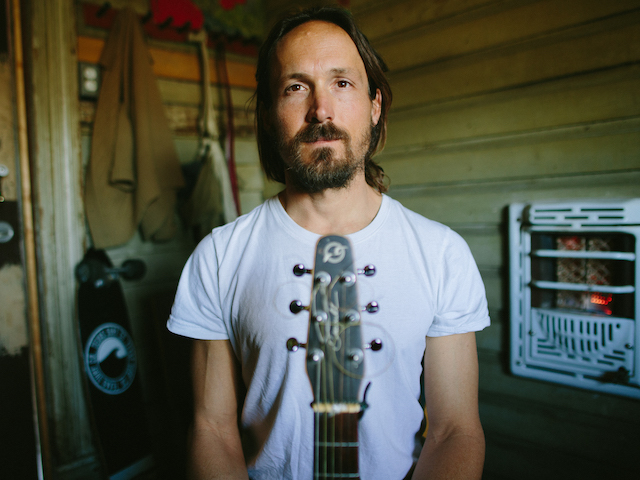 GALVEZTON is an eclectic and independent surf rock and roll band from somewhere near Texas inspired by songwriter and poet Robert Kuhn.

Robert was born in a Houston hospital more dead than alive but revitalized with prayers and deals from loving parents. He spent most of his adult life travelling the world under varying circumstances, mostly in poverty but occasionally in riches, although you’d never know the difference.

He is well studied literature and mathematics, was an Academic All-American linebacker, speaks several languages, held all kinds of jobs and occupations and is currently in the process of releasing his third studio album, PERSEVERE, a nine-song collection written and recorded in Galveston, Texas, where Robert resides.

His first album, “Everybody Knows” (2014), was embraced by the local press and commercially successful enough to free him from his day labor at a Houston Shirt Factory and devote time and energy to touring and playing music with his surf, rock and roll, blues, folk and reggae band of friends which included the late great extraterrestrial blues legend, Little Joe Washington.

They toured all over the United States and Mexico for years having a good old time until the last day of August 2019 while on the road in Western Colorado in support of their second release, Maria the Gun. Robert suffered a nearly fatal van wreck that left him hospitalized in critical condition. He returned to Galveston six weeks later hundreds of thousands of dollars in debt, but happy to be alive at all.

With funding and support of friends and fans from around the world, Robert began a long quiet healing process that gave rise to the moniker, GALVEZTON and its debut, PERSEVERE, a transcendent psychedelic folk experience of electronic and organic instruments; poetry and sound; light and darkness. It’s uplifting and out there for Robert and will be available soon in all forms. This world is changing so fast. Robert hopes it will take him back on the road to share this meaningful new music with the friends and family he’s made along the way.