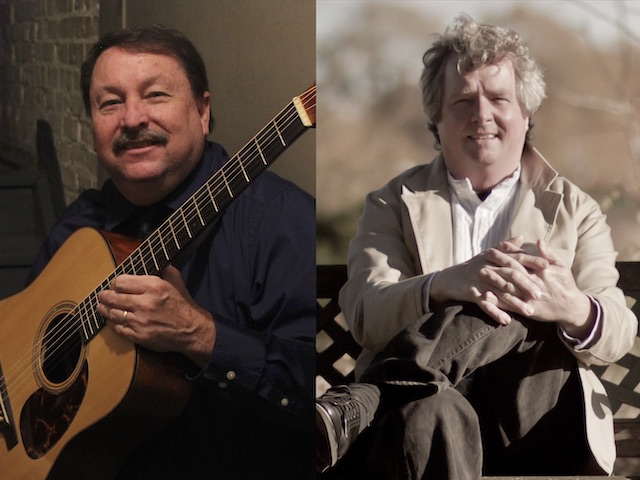 Date:
Wednesday, October 26, 2022
Time:
7:00PM
Venue:
Lounge
Price:
$15
Status:
Tickets on Sale now - Please Call the Venue at 828-575-2737
Details:
Seated Lounge Concert :: Reserved Tickets are available with dinner reservations only :::: There is a $20 minimum in food and beverage purchases per person with your dinner reservation

A longtime resident of southeastern Pennsylvania, Gary Ferguson is a singer, songwriter and guitarist who has been a mainstay of the bluegrass and Americana scenes since the 1980s. In addition to the Gary Ferguson Band, Gary has recorded or performed with such distinguished bluegrass musicians as Ronnie McCoury, Robbie McCoury, Mike Auldridge and many others.

A five-time finalist in the Chris Austin Songwriting Contest at MerleFest, Ferguson is an acclaimed songwriter best known for the Larry Sparks hit, “Last Day at Gettysburg,” which has been recorded around the world from Japan to France and the Czech Republic.

Allen Shadd is a three-time National Flatpicking champion, as well as a past winner of the Merlefest guitar competition, Rocky Grass, the Wayne Henderson guitar competition, and many more. He has taught at a number of prestigious music camps including Steve Kaufman’s Kamps, The Alabama Folk School, and the Swannanoa Gathering.

Allen has performed or recorded with artists that has included Tom T. Hall, Claire Lynch, Jimmy Fortune, Norman Blake, Mark Johnson, Darin and Brooke Aldridge, John Cowan, and many more.He also performed as a member of the Charlotte based WBT Briarhoppers from 2019- 2021 including their induction ceremony into the NC Music Hall of Fame in 2020.In 2021-2022 he performed as a duo with Kristen Holloway.His latest album is “Miles From the Hard Road” includes original tunes as well as contest favorites.