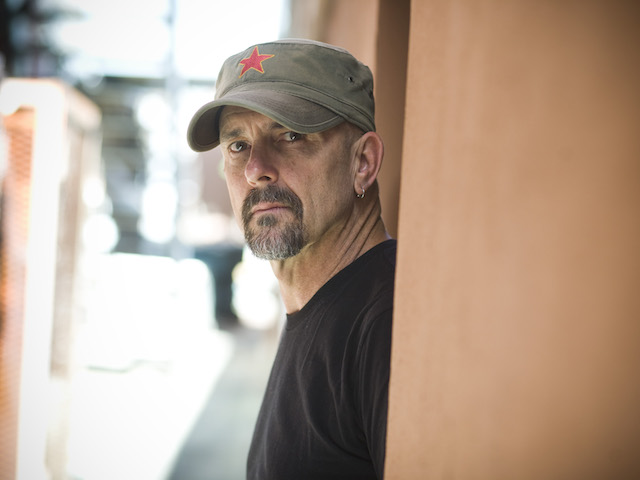 To acknowledge Bob Dylan’s eightieth trip around the sun this year, Grant Peeples is doing a commemorative performance. Expect Dylan songs—some classics, some lesser knowns—some reading of writings, some telling of stories.

Grant has made nine studio records, including 5 records produced by Gurf Morlix (Ray Wylie Hubbard, Lucinda Williams, Mary Gauthier, Slaid Cleaves) , including his latest, Bad Wife (Feb 2020), a collection of songs written by women (Carrie Elkin, Dayna Kurtz, Eliza Gilkyson Caroline Spence, and more)- a tribute to the 100th anniversary of women getting the right to vote in our country. Grant tours coast to coast, and is a regular performer at The Woody Guthrie Folk Festival, the 30A Songwriters Festival, and The Florida, Folk Festival among others.

A self-described “tree-hugger that watches NASCAR, and Buddhist with a gun below the seat,” Grant Peeples is known for his axe-sharp socio-political tunes, raucous humor and heart-gigging ballads. His shows are a roiling mix of funny stuff and not-funny stuff. He lived on a small island off the Miskito Coast of Nicaragua for eleven years. There he built an eco-hotel, started a sea turtle rescue program, and installed the island’s first flushing toilet. He moved back to the US in 2006, to a country whose changes bordered on futuristic. Much of what he writes about today is informed by what he found on his return. Grant also produces a monthly program, Grant Peeples’ Clay Tablets, a mix of song,story, poetry, art, and live interviews.