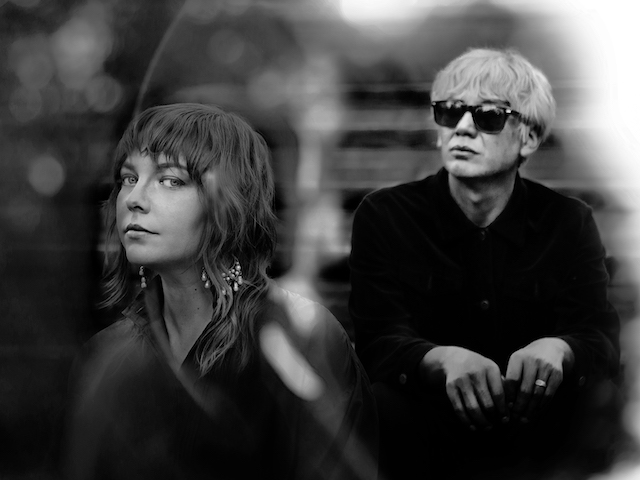 This is Haunted Summer‘s first visit to Asheville – they are putting on a FREE concert to introduce themselves to Asheville.  Come check these guys out and see what they are all about.

Where the desert meets the forest is the land Haunted Summer inhabits – called by many things, the chaparral biome is the lush arid landscape of Los Angeles, that may have given rise to a rare musical harmony. Mixing LA-trademark harmonious psych-rock with an even more decadent stream of acoustic dream pop, song sorcerers & husband-and-wife Bridgette Moody & John Seasons create rapturously organic tracks from the truth of the heart.

Hailed internationally, their debut full-length Spirit Guides helped push a band with lots of momentum to the next level. The album accentuates the underwater qualities that blossom within their sound palette – a true shoegaze expedition through beautifully ambient lands. “Sour Grapes” is a blissful treasure of the rarest form, as are even some of the fuzzier & heavier tracks such as “Every Step” – amplifying the heat but keeping the air & pressure cool.

Haunted Summer’s 2nd LP “Whole”, recorded with producer Be Hussey, discovered a chillness & a lightness that breaks into a new realm of palatability. It is as peaceful as the quaintest dwelling, yet harmonically challenging & interesting in the abstract elevated moods that can entrance & take you over. The tones on “Whole” create a space that a folk orchestra would produce inside of a wooden dome, the resonate sounds of Topanga acts like Spirit, Linda Perhacs, America, Simon & Garfunkel & always some Brian Wilson percussion & arrangements. A pantheon of pure aesthetic melancholy, meant to harmonize the chaos.

“Whole” (due out in early 2022 via label LaunchLeft) was inspired by friends and fans the band had met while touring, and also by growth and loss. The title song “Whole (A Song for Taylor)” is about Bridgette Moody’s formative friend and former band mate who passed away in 2018. The album is a concept of reaching one’s full capacity through pain, loss and love, something that became even more relevant in the current climate we find ourselves in.