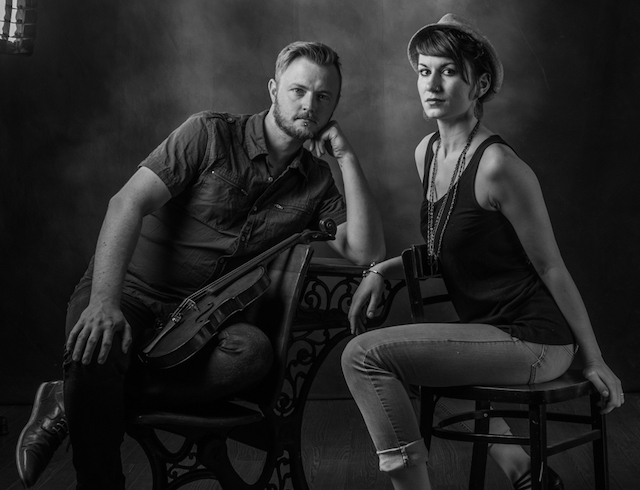 Date:
Saturday, October 2, 2021
Time:
7:00PM
Venue:
Lawn Concert
Price:
$20 :: Masks are Required
Status:
Tickets on Sale now - Please Call the Venue
Details:
Reserved Tickets for the Lawn are available with dinner reservations only :::: There is a $20 minimum in food and beverage purchases per person with your dinner reservation :: Seating will be limited and socially distanced :: You MUST call venue (828-575-2737) to make a dinner reservation and purchase your tickets. :::: If the weather is inclement - the concert will move to the Lounge. If the concert is moved to the Lounge - proof of vaccination will be required

Rose Baldino and Brian Buchanan met 10 years ago, late one night backstage at a theatre in rural Pennsylvania.  Brian’s band Enter the Haggis and Rose’s group Burning Bridget Cleary were sharing a stage that evening, and the two bonded over a love of Irish fiddle tunes, Radiohead, and 4 AM whiskey. Their paths crossed a dozen times over the next decade on the road, but it wasn’t until the Folk Alliance 2014 conference in Kansas City that they finally became musical collaborators.

Burning Bridget Cleary’s guitarist and drummer had their flights canceled at the last minute, and in desperation, Rose asked Brian to grab a guitar and join her onstage. The two performed with virtually no rehearsal for over an hour, and their connection was powerful and immediate. A few months later Brian moved from Canada to Philadelphia, and as a tribute to the first tune Rose ever taught Brian, House of Hamill was born.