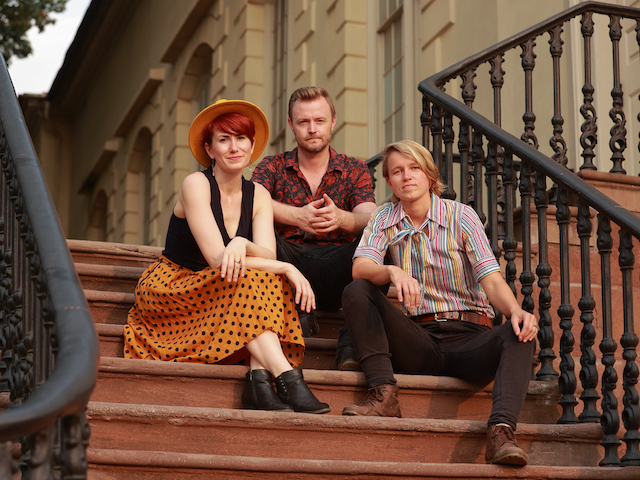 Date:
Sunday, October 9, 2022
Time:
6:00PM
Venue:
Lounge
Price:
$20
Status:
Tickets on Sale now - Please Call the Venue at 828-575-2737
Details:
Seated Lounge Concert :: Reserved Tickets are available with dinner reservations only :::: There is a $20 minimum in food and beverage purchases per person with your dinner reservation

Rose Baldino and Brian Buchanan met 10 years ago, late one night backstage at a theatre in rural Pennsylvania.
Brian’s band Enter the Haggis and Rose’s group Burning Bridget Cleary were sharing a stage that evening, and the two bonded over a love of Irish fiddle tunes, Radiohead, and 4 AM whiskey. Their paths crossed a dozen times over the next decade on the road, but it wasn’t until the Folk Alliance 2014 conference in Kansas City that they finally became musical collaborators.

Both Baldino and Buchanan are accomplished traditional fiddle players and classical violinists, with over 25 years of writing and performance experience between them. Together, they write unusual new fiddle tunes and exciting, unpredictable original songs while breathing new life into traditional and contemporary songs. Both are confident and unique lead vocalists, and the blend of their two voices in harmony is hypnotic and irresistible.

Four years and hundreds of shows later, the duo was booked to play a closing slot at a Colorado festival, so they hired a bass player and drummer to fill out their sound. By the oddest of coincidences, the hired bandmates’ flights were canceled the day of the show. A frantic Facebook post introduced Brian and Rose to local musician Caroline Browning, who joined them on bass for the weekend. Once again, the chemistry was undeniable, and House of Hamill became a trio.