Jack Marion and The Pearl Snap Prophets bring a youthful-exuberance and high-country swagger to the doorsteps of modern americana music. The North Carolina-based band has spent the past 4 years in honky-tonks, bars, and mountain roadhouses, collecting fodder for songs along the way. There are songs about living; written in the shadows of the Blue Ridge Mountains. They are straight-from-the-hip and straight-from-the heart. No bull-honky. All truth. But they are just as catchy as any songwriting-factory-formed mega hit that will ever curse your ear.” 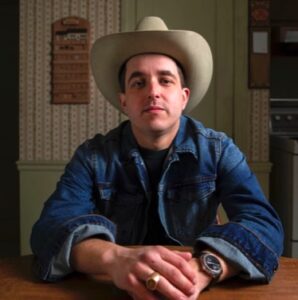 Sam Foster is a little bit country, a whole lotta rock and roll. While drawing much inspiration from legends of country music past and present, Foster’s sound can be more broadly described as rock. His roots run deep into the vein of American music, and he’s continually inspired by folk, soul, rock, and rhythm and blues. After releasing his debut solo album Rough Edges (The First Cuts) in 2015, followed by 2018’s Hardened Hearts, Foster formed Whiskey Foxtrot with singer-songwriter Seth Williams. The result was 2020’s Hard Lines & Headlights – the first and only studio offering from the outfit. 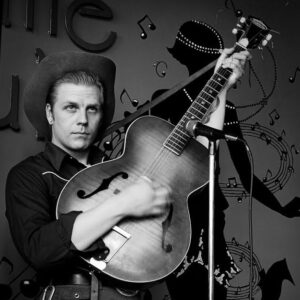 Vaden Landers pens songs that evoke the golden era of country music. With a voice often compared to Hank Sr, this former train-hopper/busker gained a reputation in Asheville NC as one of the city’s finest performers.  Billed as “The Yodeling Country Bluesman”, he possesses a rare authenticity that carries on the classic tradition.