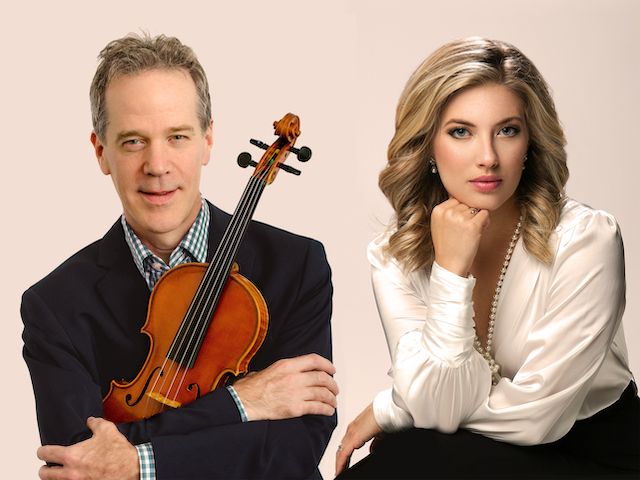 “One of the hottest fiddlers out there” (Asheville Citizen-Times) and “The next Alasdair Fraser” (Scotland Press & Post), Jamie performed for Her Majesty the Queen, appeared on Dave Matthews’ platinum Some Devil album, and presented a TEDx Talk on the value of arts and music in our communities.

Amber Rose is a rising star on the vocal horizon. Since receiving her master’s degree in vocal performance at the University of North Carolina Greensboro, Amber has performed for the New Hampshire Piccola, Miami, and Greensboro opera companies. Her recent collaboration with Jamie Laval has been receiving a flood of rave reviews from their livestream performances.