An Evening with Jamie Laval and Amber Rose 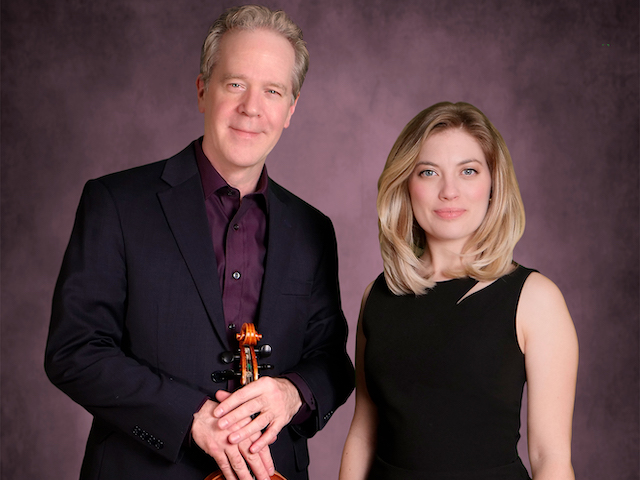 “One of the hottest fiddlers out there” (Asheville Citizen-Times) and “The next Alasdair Fraser” (Scotland Press & Post), Jamie performed for Her Majesty the Queen, appeared on Dave Matthews’ platinum Some Devil album, and presented a TEDx Talk on the value of arts and music in our communities. Murmurs and Drones, Laval’s third album, won the popular vote for “Best World Traditional Album” in the 2012 Independent Music Awards. In 2019 Jamie released his latest album, Celtic Christmas: Music for the Deep Midwinter to critical acclaim. Jamie is also a prolific composer, arranger, and recording engineer.

Amber Rose is a rising star on the vocal horizon. Amber was a recent finalist in the Metropolitan Opera’s Emerging Artist Competition. Since receiving her master’s degree in vocal performance at the University of North Carolina Greensboro, Amber has performed for the New Hampshire Piccola, Miami, and Greensboro opera companies. Her recent collaboration with Jamie Laval has been receiving rave reviews, both in live and online performances.