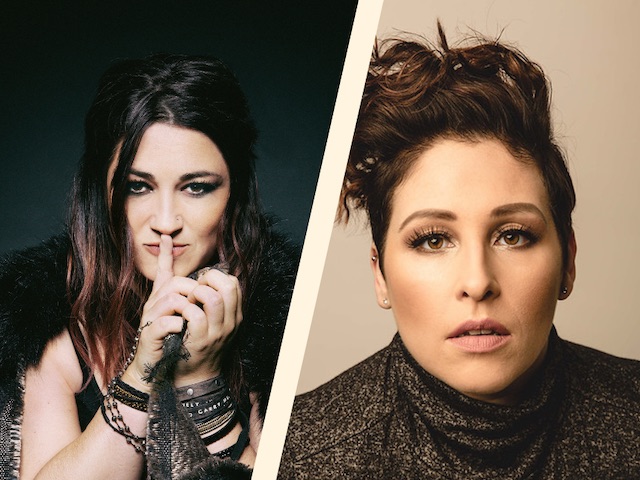 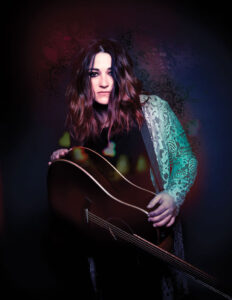 Knapp’s storied career began in the Christian Music Industry in 1994. After a meteoric rise to #1, critical and commercial success, and with a considerable fan base, she walked away in 2003. After a seven-year hiatus she returned with a renewed passion for music showcased in her 2010 album Letting Go. Set Me Free followed in 2014 on Righteous Babe Records in conjunction with a memoir, Facing the Music: My Story, published by Simon & Schuster. The 2017 release Love Comes Back Around, produced by Viktor Krauss, pairs her fearless songwriting and strong, expressive voice with Americana style rootsy arrangements.

A true Renaissance woman, Knapp recently completed a master’s degree in Theological Studies at Vanderbilt Divinity School and continues to advocate for LGBTQ people of faith through her non-profit organization Inside Out Faith. 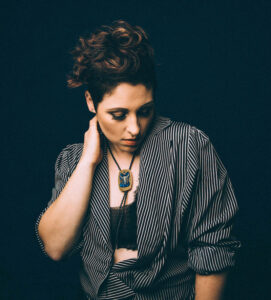 American history is blood-stained with the dehumanization of entire communities. Casting her own harrowing spell, singer-songwriter Sarah Peacock draws parallels between current events and the 1692 Salem Witch Trials with the title song to her latest record, Burn the Witch. Finger-picking guitar work cleanses the throat as her voice swells to mimic the havoc strewn through time, as well as present-day strife along our southern border. Such raw intensity boils over onto the rest of the 11-track record, and while her style is not easily defined, her storytelling prowess is irrefutably potent and unnerving. Peacock works her magic across every single moment, each syllable diligently carrying its weight and heart. The music is expertly packaged and delivered with a sense of urgency while never feeling heavy-handed or exploitative. Burn the Witch is about truth and understanding of humanity, and Peacock will not back down until the whole world is listening. Throughout her 17-year career as a full time troubadour, Peacock has released 8 albums and won multiple awards for her songwriting (including best song in the American Songwriter Awards for “Hurricane”). American Songwriter Magazine calls Sarah “Cracking, soul-burning, remarkable” while Music Row Magazine calls her “…A folk-pop diva with plenty to say.” Originally from Atlanta, GA Peacock came to Nashville in 2001 to attend Belmont University where she graduated in 2005 with a bachelors of music degree. She now owns a log cabin on several acres outside of Nashville, TN where she runs her own recording studio. Sarah lives with her wife, three dogs, and cat.