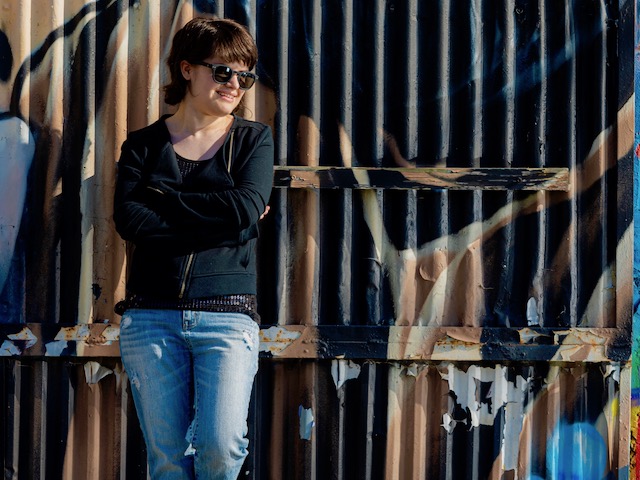 Born blind and weighing only one pound, Jordan Scheffer came into this world challenging the very possibilities of life and survival. Jordan remains the youngest child to survive as a micro-premature baby at Mission Hospital, in the musical mountain mecca of Asheville, NC, her hometown. She spent the first six months of her life inside an incubator at Mission and is the only blind child to go through the Asheville school system in the past twenty years. Jordan has faced challenges since the day she was born and has triumphed on every occasion. Her love of music and auditory gifts were evident from a very early age, and she quickly developed a deep love for music. She began playing the piano at just three years old and later took up the clarinet. By age six, Jordan was featured as a guest performer with the YMI Jazz Band in Asheville and at around eight years old she became quite passionate about singing. Jordan has combined her love of American roots music, West African and Afro-Caribbean-Funk rhythms and instruments into a unique vocal and musical style and the accomplishments and accolades haven’t stopped since.

A major milestone would come in 2017, when Jordan competed in and won the Blind American Idol Competition, a national competition that selects contestants from around the country from submissions of songs. The submissions were then narrowed down to 20 finalists who performed over three live performance competitions and Jordan ultimately took the crown with her remarkable performance of the song “Jailer” by Asa, an obscure Nigerian-French singer/songwriter. Another incredible opportunity came next when Jordan was invited to perform on the stage of the legendary Apollo Theatre in Harlem by the producer of “Amateur Night at the Apollo.” No small feat for a young singer from the mountains of North Carolina! They loved her and in June of 2018 Jordan was invited back to compete at Amateur Night and came in second place.

Back in Asheville, Jordan enrolled at the University of North Carolina-Asheville where she has created her own interdisciplinary studies major to include Afro-musicology, African Culture and African percussion and will graduate in 2023. She has been featured in the UNCA Afro Music Ensemble, playing the djembe and percussion instruments for the last three years. As an undergrad, she continued to hone her live performances with a guest spot at the historic Diana Wortham Theater in Asheville and her first festival performance at the legendary LEAF Music & Arts Festival in 2021 where she was backed up by veteran New Orleans pianist John “Papa” Gros and the Naughty Professor Horns.

That LEAF performance became a fruitful collaboration with John “Papa” Gros, along with the Naughty Professor Horns, who both played on Jordan’s debut album, “Until We Try,” which was recorded in October 2021 at the famed Echo Mountain Studios in Asheville and is a collection of covers that Jordan says made her “feel happy inside.” To celebrate the milestone of producing her first album, in January 2022 Jordan booked the first headlining show of her career, an Album Release Party at premier Asheville venue Isis Music Hall. With her new band in tow and a newfound confidence on stage, Jordan put on an incredible live show and performed for a captivated, sold-out audience. The musical accomplishments continued on in 2022 with her first performance at the Nationally recognized Grey Eagle Music Hall in Asheville and an encore performance on the main stage of the LEAF Festival. 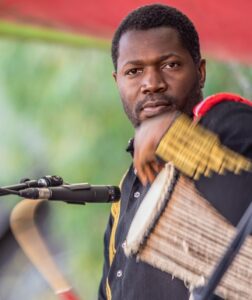 Born and raised in Kampala, Uganda, Chinobay (née Herbert Kinobe) grew up playing the instruments of local Buganda musicians who provided the soundtrack for the Kanyange king’s palace just up the hill from his house. Deeply influenced by these musicians and their history of resistance, much of Chinobay’s earlier work featured folk songs that he learnt from these musicians. A few years later, he started to play updated versions of these folk classics and learning several traditional instruments. Now as a songwriter, educator, and intercultural facilitator, Chinobay’s original work brings people’s stories to life to show the richness of Africa in all of its facets––not only as a backdrop for suffering. His next Album, still in progress, is a meeting point for global cultures, incorporating contributions from numerous musicians from the Global South.