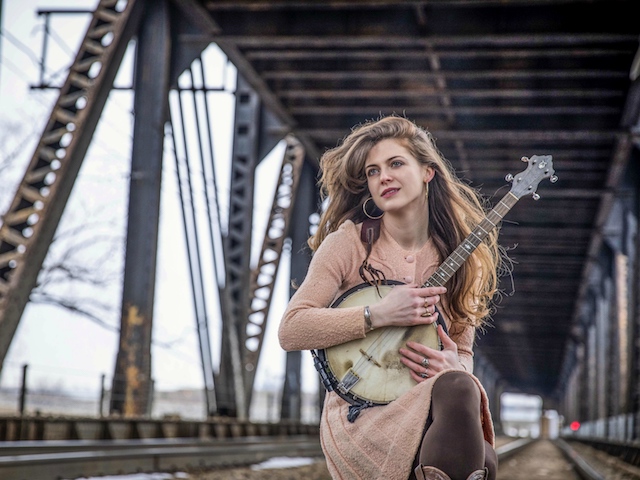 Memphis-raised songwriter Kelly Hunt paints stories as old, and weird as her Depression-era tenor banjo. A summa cum laude graduate of Notre Dame she cycled through explorations into farming, traditional French bread making and medicine before ultimately giving in to her real passion as a writer and performer. Now based in Kansas City, her minimalist sound and vivid lyrical imagery have garnered recognition from the likes of Greil Marcus and been called “striking and original” by John Schaefer at WNYC's NewSounds. Kelly Hunt’s debut album "Even The Sparrow" reveals an ineffable quality that hovers beyond the constraints of genre, à la Anais Mitchell and Patty Griffin, receiving praise and attention from Rolling Stone, The Bluegrass Situation, Rolling Stone Country, PopMatters, The Young Folks, The Big Takeover, fRoots, Americana Highways, among others. Praise has been effusive.

"With her minimalist, almost woody-sounding banjo, and her clear, almost operatic voice, Kelly Hunt has a striking and original sound...drawn from that deep well of what the critic and author Greil Marcus famously called the Old Weird America: a term...which has come to signify the eerie or surreal side of American folk music...Steve Martin once joked that you can’t play a sad song on the banjo – Kelly Hunt begs to differ....Her voice is certain and effortless, so that you actually have to pay attention to be impressed by it. Until the ending, when she floats a long, high note that might make you want to replay the song immediately." - John Schaefer, NewSounds, WNYC

Kelly will be on tour in support of "Even The Sparrow" through early 2020 and is already in process on a sophomore release planned for later in the year. 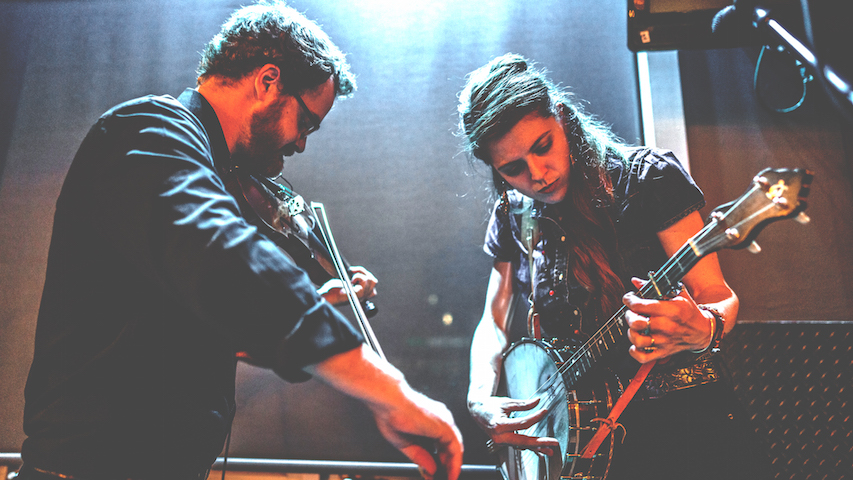