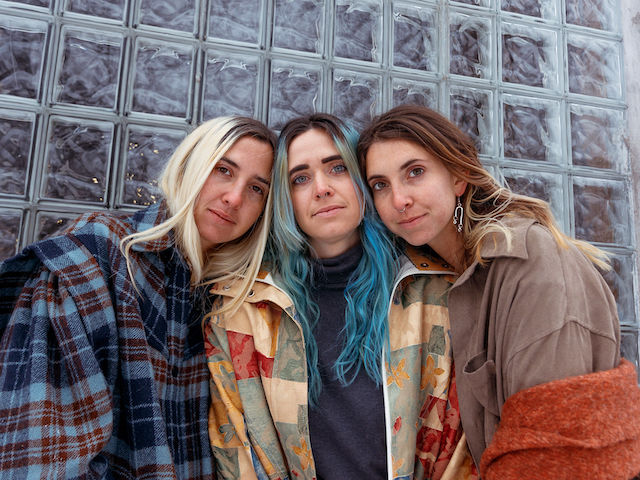 LASKA is fronted by three sisters who write beautifully self-aware and earnest songs. Hannah, Mookie, and Bex Morton are the foundation of LASKA.

Split between Minneapolis and LA, The melancholy, harmony-driven sound draws from the midwestern heartland just as much as the LA-coast and continues to evolve as the sisters’ landscape changes. All three sisters contribute to the writing and have a way of leaving you at the beck and call of a song’s emotional territory. Haunting, reflective, and lovely.

Since their formation in 2016, the band has grown to be a six-piece act. Their live sound blends rugged guitar, synthesizers, and pedal affected violins, bringing listeners from song-in-your-bedroom intimacy to vast moments in sonic canyons. The Mortons play alongside Evan Middlesworth (producer/guitar, Keegan Burckhard (drums) and Robbie Weisshaar (bass).

Their sophomore album, Endless Patcher seems to hit the sweet spot that sits between folk-influenced pop and rock, and is due out June 3, 2022. There will be 2 singles released leading up to the album, Funhouse (April 15th) and Dog Bite (May 20th). 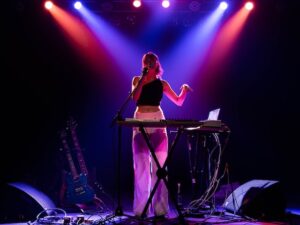 Astoria creates her indie-electronic-sky-wave-pop discoveries from her DIY home studio, in Asheville, NC. She concocts her experimental, dreamy sounds from a medley of instruments, whether it be synths, harp, guitar, or bass. She garners inspiration from nature and her inner world explorations.

General Admission Tickets are available on line. Seating in the balcony is first come, first serve.