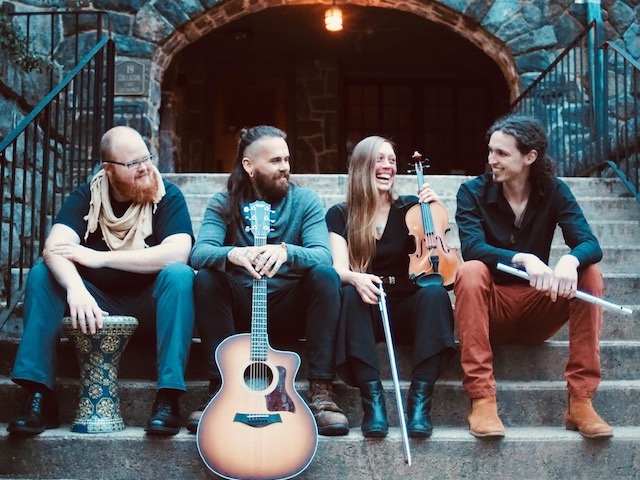 Life Like Water is the creation of multi-instrumentalist and singer/songwriter, David Matters. It was initially started as a way for him to process his turbulent past and navigate an uncertain future, but it has since evolved into a communal effort to celebrate the human experience.

Though the compass of the project once pointed in the direction of folk and Americana music, things inevitably began to change when he met his bandmates.

Megan Drollinger (violin/vocals), Charles Furtado (percussion), and most recently, Connell Sanderson (flute/Irish whistles) have slowly joined the band over the four years since its creation and have shifted its course with their collective talents. Each member brought with them a unique musical background which has contributed to the blending of styles that the band has become known for.