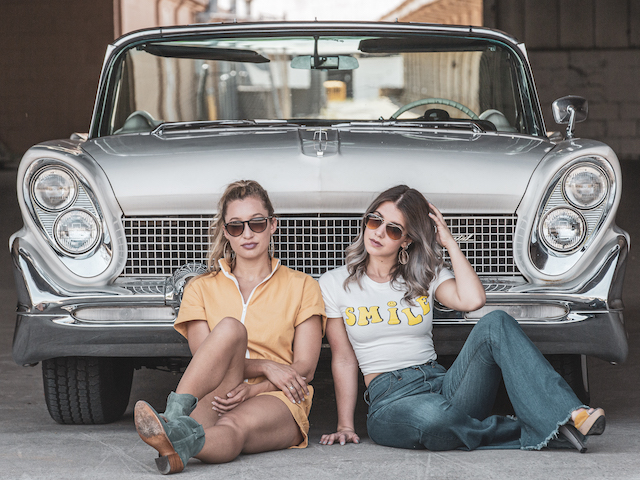 A dynamic pair of impressive songwriters and vocalists who share roles as frontwomen, Maybe April’s chemistry was an instant success. The first song they co-wrote together landed them a songwriting showcase during GRAMMY week in Los Angeles, where they shared the stage with Jimmy Webb, Bonnie Raitt, Kris Kristofferson, Joy Williams, John Reznik, Gavin DeGraw, and Valerie Simpson. Soon they were opening for artists such as Brandy Clark and Sarah Jarosz and began receiving critical attention when CMT named them one of 2018’s “Rising Acts,” calling their harmonies “as alluring as their lyrics.” Wide Open Country would go on to say that after hearing those harmonies “you might think the singers had grown up together.”

The childhoods of Maybe April singer/songwriters Alaina Stacey and Katy DuBois (Bishop) actually have very little in common. Stacey comes from a Chicago family and community with a deep musical background where she was surrounded by an atmospheric swirl of rock, pop, folk, hip-hop, gospel, and musical theatre. A vocalist from a young age, she discovered country music radio at ten years old, and by high school, she was singing backup for a local country band, opening for Trace Adkins, Sarah Evans, and LeeAnn Rimes. At the same time, DuBois grew up in Arkansas and spent her childhood on the football sidelines with her Dad, riding horses and barrel racing with her Mom, and dancing and performing in musicals at her community theater. She became interested in writing her own songs as a teenager and while in high school began traveling back and forth to Nashville to play writer’s rounds, attend meetings, and co-write. It was at this point when the two girls’ journeys collided. During a songwriting camp in Nashville, they formed country/Americana group Maybe April, originally as a trio, and began writing songs, performing, and touring extensively. 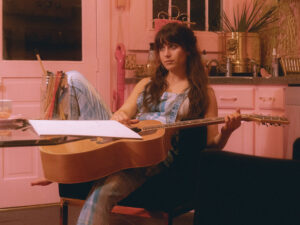 Bonner Black, the classically trained ballerina turned Nashville Indie Pop singer-songwriter, has been compared to the likes of Sheryl Crow, Linda Rhonstadt, and Miley Cyrus. After moving to Nashville from Hot Rock, TN in 2021, she toured the southeast opening for Charlie Daniels, The Band Perry, Shooter Jennings, and The Bellamy Brothers. In 2017, she was awarded “The Oxford Center Entrepreneur Artist Award” at The Times Center in New York City. While winning over audiences with her quick, dry wit, her writing hearkens as much to Tuesday Night Music Club and Jagged Little Pill as it does the 3-chords-and-the-truth. Bonner has amassed over 256k streams across all platforms and over 75k social media followers. Her previous release, “Light Me Up” was featured on People.com and was placed on Spotify’s “Today’s Singer-Songwriter” editorial playlist. On April 6th, she released “Midnight Blue,” the final single off her upcoming EP, Out Of Dreams, out May 6th.