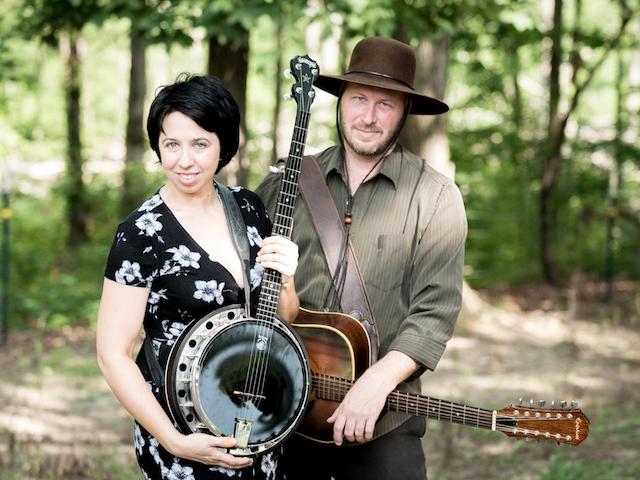 Date:
Thursday, December 29, 2022
Time:
7:00PM
Venue:
Lounge
Price:
$20
Status:
Tickets on Sale now - Please Call the Venue at 828-575-2737 for Dinner Reservations and Tickets
Details:
Reserved Tickets are available with dinner reservations only :::: There is a $20 minimum in food and beverage purchases per person with your dinner reservation :: Seating will be limited :: You MUST call venue (828-575-2737) to make a dinner reservation and purchase your tickets.

Award-winning musician/writer and fan favorite (over 30 million views on her YouTube videos), Mean Mary, literally grew-up in music. She evolved from a child prodigy who played for tips on the streets of Nashville (“startling talent” said the Tennessean) to a seasoned performer and headliner of over 4000 festivals and concerts (“the voice of a ragged Angel combined with the banjo playing of the Devil” says No Depression).

Deering Banjos named her their Goodtime Ambassador, and Janet Deering describes her banjo playing as giving her “chills.” Equally versatile on guitar, fiddle, and 8 other instruments, Mary is known internationally for her lightning- fast fingers, haunting vocals, and intricate story songs. As a high-energy performer that thrives on variety and as a songwriter that chooses unusual subject matters, anything from ghost pirates to demon guitars could romp through a Mean Mary show.

Mean Mary will be joined onstage by her brother, Frank James, and will travel the genres of roots, bluegrass, blues, and folk rock with unprecedented (and unpredictable) ease. She promises an intimate and fun preview of songs from her new and upcoming albums, Portrait of a Woman Part 1 & 2, plus a lot of her old favorites as well.