Michael Flynn is a singer/songwriter based in Saluda NC. His songs have been featured in movies and shows like Grey’s Anatomy and Shameless, and on commercials for useful products like cars and shampoo. He’s also won a few awards for songwriting, including 1st runner up for the John Lennon Songwriting Scholarship in 2001. His band Slow Runner has released 5 full length albums, an EP, and several singles. They spent some time on one of SonyBMG’s labels and have toured internationally with acts like The Avett Brothers, Josh Ritter, Built to Spill, William Fitzsimmons, and many others.

He has released three solo albums, including last year’s ‘Survive With Me’. He currently writes and plays with multi-instrumentalist Hannah Seng and bassist Jonathan Gray.

Joshua Carpenter will open. Joshua has done stints with Floating Action, The Nein, and even a handful of gigs here and there with cult-hero-turned-phenomenon Rodriguez. The Asheville, NC resident currently plays with Schooner, Better Twin, & Emily Easterly in addition to writing and performing under his own name. Carpenter has released two under-the-radar-but-stellar solo albums, Full Flight, in 2011, and Prey Tells, in 2017. 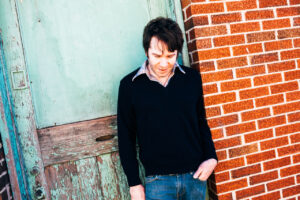