Mile Twelve with Zoe and Cloyd 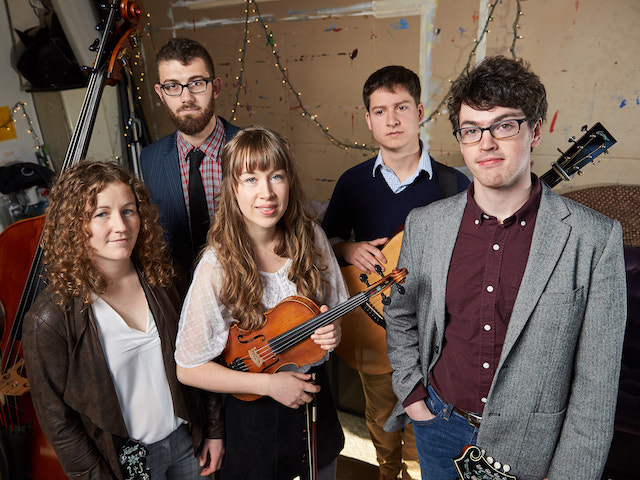 Mile Twelve’s uncompromisingly authentic songwriting, crafted arrangements and gliding groove have thrilled audiences for the last 4 years throughout the States as well as Canada, Ireland, The UK, Australia, New Zealand and Japan. Charm City Bluegrass calls them, “Progressive roots music at its absolute best. Expert musicianship, outstanding promoters and even better people.” Tim O’Brien calls them “a group to watch in the coming decade.”

Zoe and Cloyd will open

It is a commitment to the music, above all else, that fuels Mile Twelve’s continued march forward. The band was formed by five young musicians in Boston in the winter of 2014, each one looking for a vehicle that would take them straight to the heart of American roots music. Mile Twelve took their name from the road marker at Boston’s southern border. They’ve now passed its twin on highways across the US, noting the ritual and the reminder of how far they’ve come each time.

Their uncompromisingly authentic songwriting, crafted arrangements and gliding groove have thrilled audiences throughout the states as well as Canada, Ireland, The UK, Australia, New Zealand and Japan. In 2017 the International Bluegrass Music Association recognized them with The Momentum Award, which is given to young bands on the rise. Their debut full-length album Onwards, produced by Stephen Mougin, was met with critical acclaim and earned the band time at the top of the bluegrass charts as well as IBMA nominations for 2018 Emerging Artist of the Year and Instrumental Recorded Performance of the Year. Paul Schiminger, President of The IBMA says, “What I and so many others love about Mile Twelve is their musicianship, material, and energy. Their sound is fresh and innovative, yet rooted in a solid foundation of bluegrass. They move easily among traditional bluegrass classics, terrific original material, and interpretations of pop music classics, while knocking you over with their strong instrumentals and harmonies.”

They’ll be heading into the studio at the end of 2018 to record their sophomore project with IBMA’s 2018 Sound Engineer of the Year Ben Surratt at the board and guitar virtuoso Bryan Sutton producing. Adam Kirr of Charm City Bluegrass calls them, "Progressive roots music at its absolute best. Expert musicianship, outstanding promoters and even better people.” Tim O’Brien calls them “a group to watch in the coming decade.” 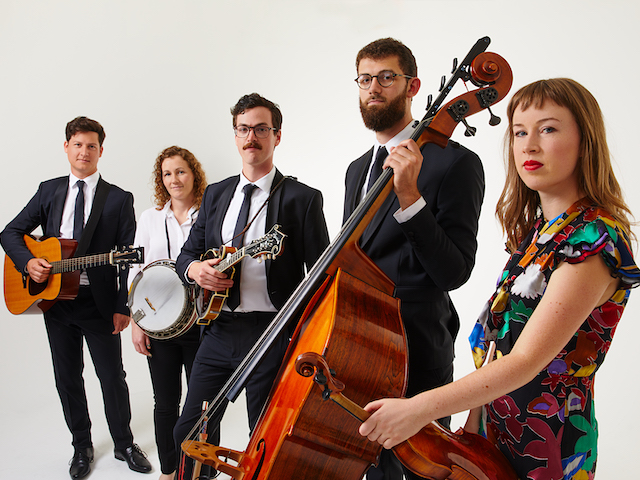 Hailing from opposite ends of the Appalachian mountains, Zoe & Cloyd is renowned fiddler and vocalist Natalya Zoe Weinstein and award-winning songwriter, multi-instrumentalist, and vocalist John Cloyd Miller. Their show is as diverse as their upbringing: coming from a lineage of klezmer and jazz musicians, Natalya trained classically in her home state of Massachusetts before moving south in 2004. John, a twelfth generation North Carolinian and grandson of pioneering bluegrass fiddler, Jim Shumate, is a 1st place winner of the prestigious Chris Austin Songwriting Contest. As founding members of the acclaimed Americana trio, Red June, and long-time fixtures of the Asheville, NC music scene, the couple shifted focus to Zoe & Cloyd in 2015. Their debut recording, Equinox (2015), as well as their 2017 album, Eyes Brand New, both met with high praise and the pair have continued to gain momentum with their brand of “New Appalachian Music” at performances and festivals all across the country. Zoe & Cloyd delight audiences of all ages with soaring harmonies and heartfelt songwriting, seamlessly combining original folk, country, old-time and bluegrass with sincerity and zeal. Their eagerly anticipated third studio album will be released in fall of 2019 on Organic Records. They will be joined by Bennett Sullivan, a highly regarded performer and educator, renowned for his skills on banjo and guitar and the originator of the online teaching platform, Tunefox. 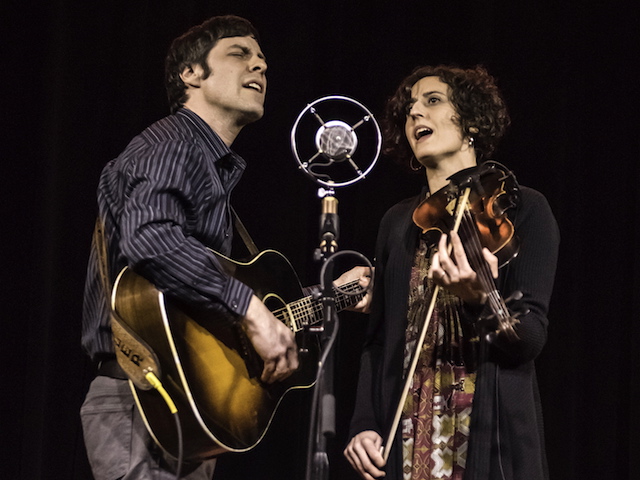