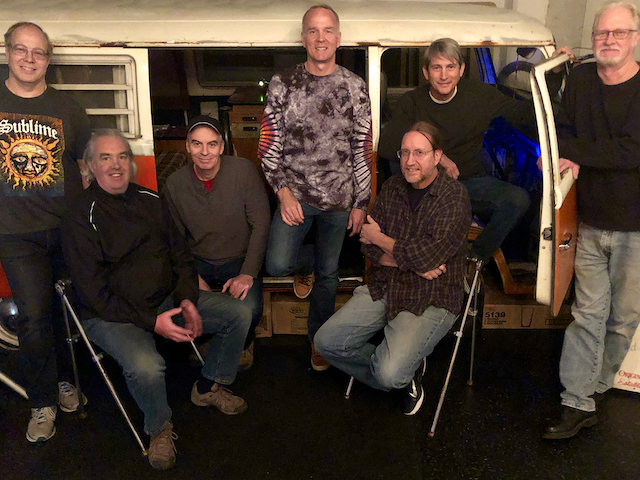 New Potato Caboose are jam band legends that serve up epic musical groovy goodness, featuring amazing harmonies, killer double drum grooves, and next level jams. They play everything from Dead, Stones, CSNY, Feat, Dylan, Marley, a host of great originals and so much more. They are masters of improvisational segues that bridge the songs and integrate the various styles and influences that have shaped the band’s sound. New Potato Caboose helped usher in the jam-band era, leading the way for and performing with such artists as Dave Matthews, Blues Traveler, Spin Doctors, Widespread Panic, etc. During its heyday, the band averaged well over 200 shows per year at sold out showcase venues and colleges across the U.S. New Potato Caboose still reunites and it’s always something truly special and one helluva party. Get loose with the Caboose!