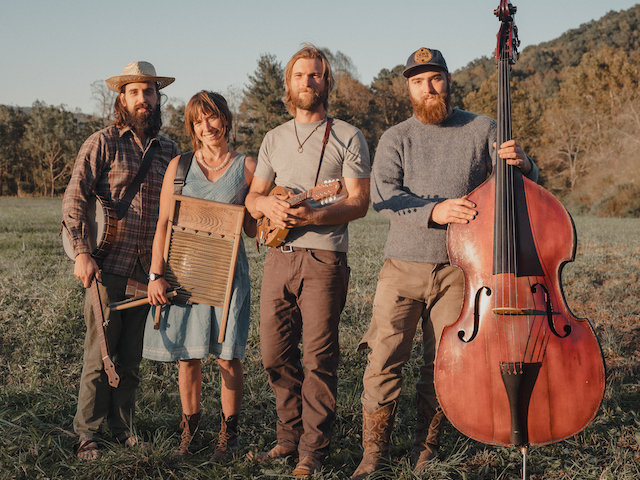 Join Pretty Little Goat and Nicholas Edward Williams for an evening of dynamic roots music that is familiar, yet enticingly fresh and original. 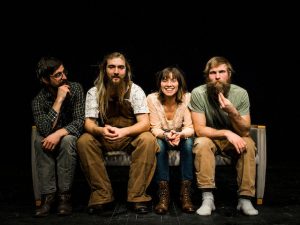 Pretty Little Goat plays grassroots music with one foot dancing in tradition, and the other rollicking in the modern age. The band formed in 2013 when Josh Carter (mandolin) Mallory Carter (percussion) Owen Grooms (banjo) and JT Linville (upright bass) built a sound around their common love of the deep well of local tradition found in the mountains of Western North Carolina. The band sees traditional music as a living art form; vibrant and evolving. Their debut self-titled album released in 2016 presents unique interpretations of old-time songs, along with original material. Their second album, Let The Sun Shine In (2019), is full of groovy original music that is “as close as we’ll ever be to our past while being as current as we need it to be,” as one of their musical inspirations, Mike Ashworth of the Steep Canyon Rangers once said. The Goats have just released their 3rd full length album, Big Storm, which has received acclaim from Bluegrass Today and Alternate Root, as well as others. Steve Wong of Blue Ridge Now had this to say about Pretty Little Goat’s newest release:

“As a collection, Big Storm is a triumph of what makes modern mountain music a favorite for those who want to build on tradition. It is a diverse album that combines both original and traditional storytelling with excellent musicality. It is both epic and personal, and the songs will stay with you, especially as you ponder the beauty and wonder how such music is a product of the place Pretty Little Goat calls home.”
Pretty Little Goat is honored to have Jackson Dulaney with the band on dobro and lap steel. Don’t miss the chance to see this up-and-coming quintet put on a dynamic and energetic performance! 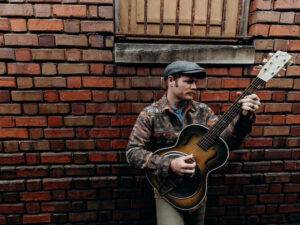