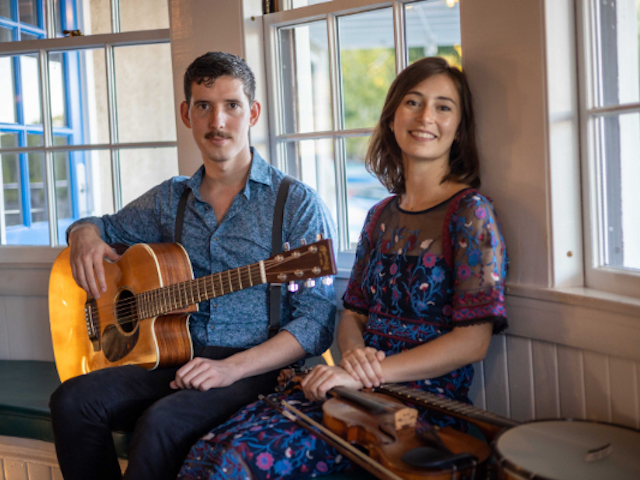 Date:
Thursday, October 27, 2022
Time:
7:00PM
Venue:
Lounge
Price:
$20
Status:
Tickets on Sale now - Please Call the Venue at 828-575-2737
Details:
Seated Lounge Concert :: Reserved Tickets are available with dinner reservations only :::: There is a $20 minimum in food and beverage purchases per person with your dinner reservation

Rakish, comprised of world-class fiddler Maura Shawn Scanlin and folk guitarist Conor Hearn, performs an integrated mix of Celtic fiddle tunes, original compositions, and baroque music. From the traditional Irish tune Rakish Paddy, the name aptly suits the duo and their shared background in traditional Irish and Scottish music. “Rakish” itself suggests something strikingly unconventional in its appearance, and the two knowingly embrace this wealth of connotation in their music, drawing on the music they grew up with and performing it with their own slant.