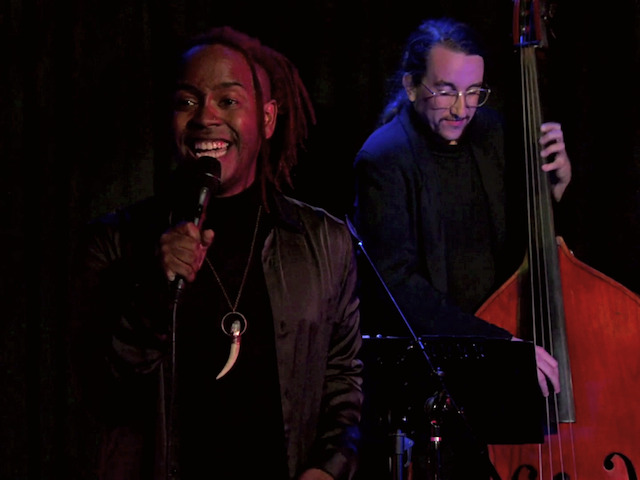 A special show of your requests! A night of jazz with a little sprinkling of blues and rock. Reggie Headen has been polling his fans and friends on Facebook to see what you want to hear tonight. This is a special opportunity to have a say in what kind of show you will see! Reggie is joined by Asheville jazz scene regulars; Connor Law on upright bass, Jason DeCristofaro on piano, Andy Lawniczak on flugelhorn, and Alan Hall on drum-set.

Reggie Headen is a native of Asheboro, NC. As a graduate of the American Musical And Dramatic Academy in NYC, he has always seen the stage as a medium of many possibilities to connect and engage an audience. He started his professional career as a featured performer at New York’s famous broadway concert venue Town Hall, playing to giants and peers in the industry. While in the eastern part of his home state, Reggie began fronting bands as a lead vocalist at Arts Councils. Notably, the Community Arts Council Of Kinston NC, in a tribute concert for local Funk musicians as a part of the African American Music Trail. Which was recognized by PBS. In fall 2018, Reggie moved to Asheville. Since moving he’s had what he calls “A Return To Jazz”.