Rob Ickes and Trey Hensley with Hank, Pattie and the Current 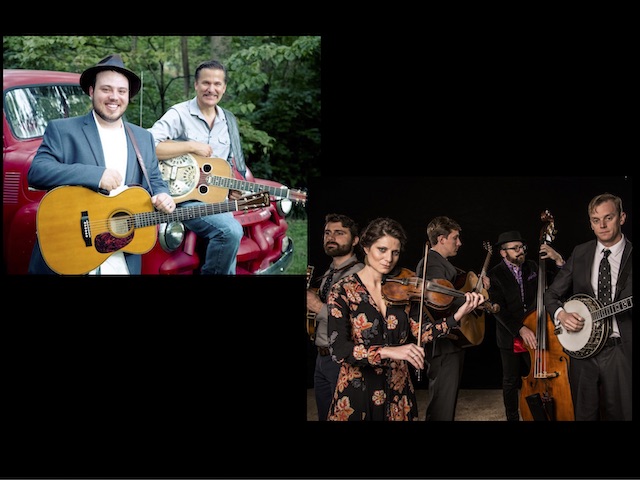 Rob Ickes and Trey Hensley is a Grammy-nominated duo comprised of 15-time IBMA Dobro Player of the Year Rob Ickes and master guitar picker/vocalist Trey Hensley is astounding and delighting audiences around the globe with an exhilarating mix of bluegrass, blues, country, western swing, and rock.

Based on a mutual love of bluegrass, country, blues, western swing, rock, jazz and other string band music of all kinds, the partnership of 15-time IBMA Dobro Player of the Year Rob Ickes (who also plays superlative lap steel guitar in the duo on occasion) and widely respected acoustic/electric guitarist and vocalist Trey Hensley continues to delight and astound audiences of traditional American music around the globe.

Since the duo decided to join forces in 2015, recording their first album on Compass Records, Before The Sun Goes Down (nominated for a GRAMMY® Award), the duo has been asked to perform all over the world. They released their second album on Compass in 2016, The Country Blues, which testified to the growing diversity and expansion of their collaborative talents and repertoire. The duo were also key players on Original, the recent highly-lauded Compass Records album by bluegrass giant Bobby Osborne. Their participation garnered a Recorded Event Of The Year Award at the 2017 IBMA Awards for Osborne’s version of “I’ve Gotta Get a Message to You” on the GRAMMY®-nominated album. Ickes and Hensley also were on the 2016 Recorded Event Of The Year IBMA Award winner, “Fireball,” featuring Special Consensus, in 2016. The duo is beginning work in October 2018 on their third album with six-time GRAMMY Award-winning producer and engineer, Brent Maher.

Ickes and Hensley have shared the stage as a duo with influential mandolin master David Grisman, Australia’s fleet finger picking guitarist Tommy Emmanuel, and legendary American blues, folk, and rock guitarist Jorma Kaukonen (Jefferson Airplane, Hot Tuna), all admirers of the duo. Ickes’ fluid, lyrical, yet stinging style has graced the recordings and concerts of artists such as Earl Scruggs, Merle Haggard, Alison Krauss, The Cox Family, Tony Rice, Vince Gill, Alan Jackson, Toby Keith, Reba McEntire, and even David Lee Roth. Ickes was a founding member of the critically acclaimed bluegrass “super group” Blue Highway for 21 years. At just 11 years old, Hensley was invited by Marty Stuart to join Marty and Earl Scruggs on stage to perform at the Grand Ole Opry. Hensley has since played onstage or opened for Johnny Cash, Charlie Daniels, Steve Wariner, and Peter Frampton, among many others. 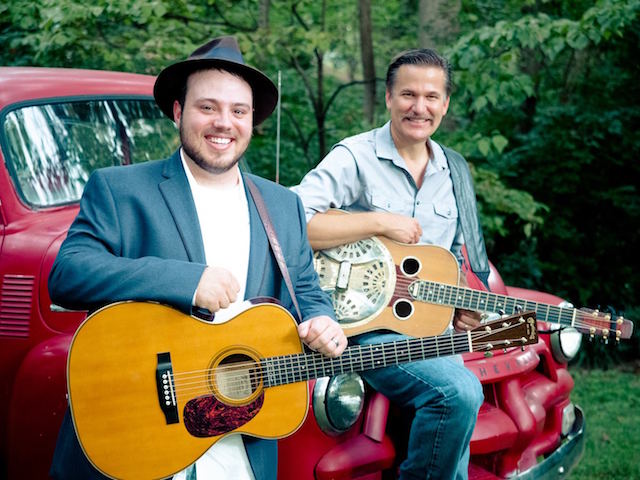 Bluegrass ambassadors Hank Smith and Pattie Hopkins Kinlaw join forces once again with their original and energetic new soulgrass band, Hank and Pattie. Hank and Pattie take traditional bluegrass and infuse it with their own flair, drawing from a melting pot of styles including Latin and Jazz, which adds up to an authentic and unique reflection of American music. “We all come from different backgrounds but seem to have a common link that has connected us from the beginning. Each individual brings his or her piece of the puzzle to the table, and this ensemble forms its own unique sound,” Pattie says in a September, 2015, article in Bluegrass Today. While some of the music sounds old school and some sounds fresh and new, their overall musicianship, vocal harmonies, impassioned delivery and innovative arrangements captivate all generations of music lovers. Both Hank and Pattie are music educators, passionate about teaching the next generation how to make this music and deliver it with feeling and emotion. “It's important to make sure students and fans alike can access themselves and the greater whole with music and art to express themselves in a positive way,” says Hank.