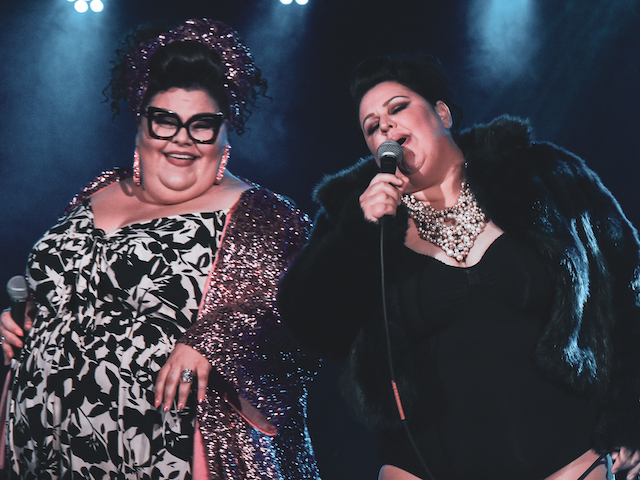 Sarah Potenza is a critically acclaimed singer and songwriter with a nationwide fanbase. She competed on NBC’s The Voice, and America’s Got Talent. In 2021 her rendition of “Worthy” on her sophomore album “Road to Rome” hit number one on the iTunes Blues Charts. “The songstress delivered a stunning rendition of a song called “Worthy” that is such a perfect summation of her life and her goals and her message” – Entertainment Tonight. The album received rave reviews from Rolling Stone, Billboard, American Songwriter, and NPR. Potenza, was named amongst the top three acts seen at SXSW by Rolling Stone Magazine.

Katie Kadan is a singer, songwriter and piano player from Chicago, IL. She was a fan favorite on season 16 of The Voice, where she finished in third place. The press raved about her, Billboard said, “Katie has a gift.” And John Legend said she,“deserves more than the voice, she deserves Grammys.” Katies self titled album is out now, and you can catch her touring many cities across the USA.