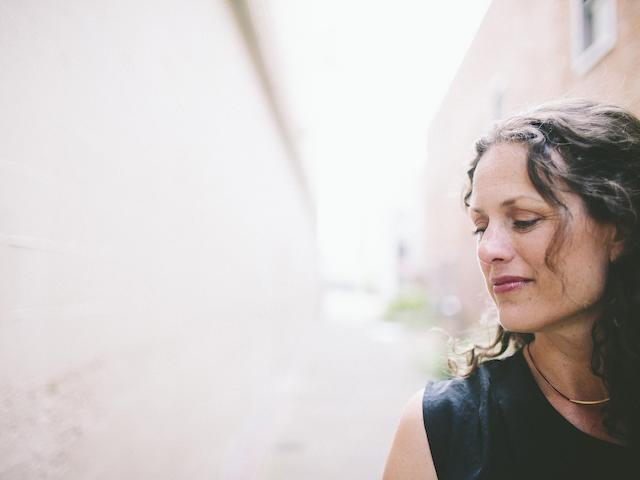 As a prolific songwriter, Sarah Siskind‘s songs have been covered by Alison Krauss, Bon Iver, Wynonna, Randy Travis, and many others. She’s had over 20 songs in the hit TV series “Nashville”. Award-winning singer-songwriter Beth Wood has released eleven independent albums and two books of poetry. These two dynamic performers met at a festival in Colorado and became fast friend. Together they run the Songsmith Gathering Song School in Brevard, NC in May leading up to the Songsmith Gathering.

Texas-born Beth Wood is an award-winning songwriter, a modern-day troubadour, and believer in the power of song. Her exceptional musicianship, crafty songwriting, powerhouse voice, and commanding stage presence have been winning over American audiences for over twenty years. Beth’s performances and songs have won accolades from the Kerrville New Folk, Rocky Mountain Folks Festival, and Telluride Troubadour Contest, and many more. Beth has released eleven independent albums and two books of poetry and has a forthcoming duo album with Ara James to be released in Spring 2018.

There have been incredible and surreal moments in the spotlight: opening for Steve Winwood, Michael McDonald, Shawn Colvin, Chris Whitley; being a four-time featured artist on Cayamo, a week-long Caribbean songwriters’ cruise along with most of her living musical heroes; singing the national anthem for 42,000 people at a major league baseball game; discussing guitar tunings with David Crosby backstage at a festival; being featured on “Troubadour, TX”, a nationally syndicated documentary-style singer-songwriter reality television series airing in almost 40 million households and 140 U.S. markets. What matters to Beth more than awards or sales or big spotlight moments is connecting with people through music night after night. Her dream is to move something with her music, whether it’s a swirling emotion or a curious mind or tapping feet. Her mission is to communicate joy. That may not be the glamorous part but it is the engine that keeps this stubborn and determined artist on the road year after year. It’s what keeps the songs coming and the words turning. It’s what keeps her dreaming in music at night.

Beth’s work has expanded to include teaching voice and song coaching as well as leading workshops at festivals, songwriting retreats and beyond. Beth believes that engagement in the process of creation is as important as its outcome. Her musical philosophy is that there are no wrong notes.

“A woman with the heart of songcraft in her blood and the exceptional musicianship to back it up.” — The Corvallis Advocate

Sarah Siskind continues to be one of today’s most respected and covered songwriters as well as a stand-out independent artist, who Spin Magazine calls “an artist you must hear now”.  Armed with a striking vocal style and solid guitar and piano work, Sarah is a regular NPR performer with features on NPR’s Tiny Desk Concerts, World Cafe with David Dye, All Songs Considered, Song Of The Day and most recently NPR’s Mountain Stage.  She has toured with Bonnie Raitt, Paul Brady, Grammy winner Bon Iver (who also famously covered her “Lovin’s For Fools”) and The Swell Season and had songs recorded by Alison Krauss (the GRAMMY nominated “Simple Love”), Randy Travis, Madi Diaz and many more.

Born and raised in North Carolina, Sarah built her musical career in Nashville, TN.  Her 2009 release “Say it Louder” was crowned ‘Americana Album of the Year’ at the Nashville Music Awards.  In 2011, Sarah’s album “Novel” highlighted her as the sole musician, producer and engineer.  Bonnie Raitt had this to say about it: “With Novel, Sarah has created another extraordinary collection of some of the most beautiful and unique songs you’re likely to hear. She continues to be one of my favorite singers and songwriters. She absolutely knocks me out.”

Sarah returned East in 2012 and now resides in her home state of North Carolina.  The return to mountains and nature inspired her to write the boutique EP “In the Mountains”, whose title track was quickly picked up and covered by Nicki Bluhm and The Gramblers.  Performing at SXSW in Austin, TX later that year, Time Magazine called Sarah “one of our favorite 5 voices” at SXSW.

In July 2013, Justin Vernon’s Chigliak Records re-released Sarah’s debut full-length album “Covered” which she recorded at age 22 but could not properly release due to illness.  The album is now available worldwide and highlights the guitar work of Bill Frisell.

Siskind’s songs are heavily featured on ABC’s hit TV show Nashville and she recently made her primetime television debut in the music special “Nashville: On the Record”, performing her song “A Life That’s Good” with the show’s cast.  Other television shows that have featured Sarah’s songs are MTV’s Teen Mom 2, MTV’s Awkward, ABC’s Pretty Little Liars, Lifetime’s Army Wives and HBO’s The Wire.