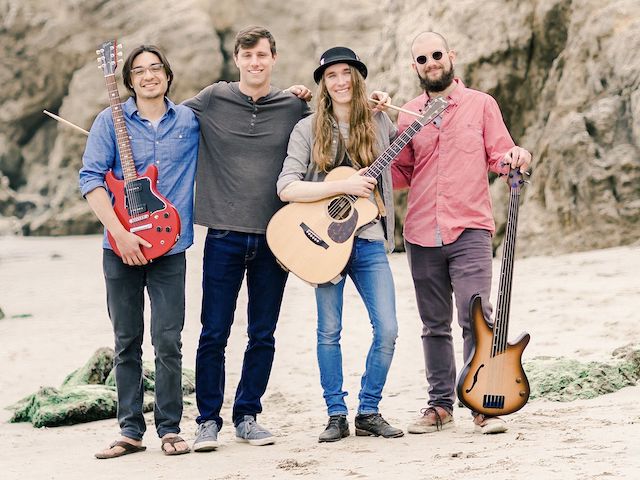 19 year-old Singer-songwriter Sawyer Fredericks, hailing from his family's farm in central New York State, is fast establishing himself as an authentic original, Americana artist with an old soul. His deep, beyond-his-years lyrics and melodies, raw, soulful vocals, and powerful live performances have attracted an ever-growing number of devoted fans of all ages, selling out shows throughout the US.

As a folk/blues singer-songwriter, who cut his teeth at local farmers markets, open mics, and iconic New York venues like Caffe Lena, the Towne Crier Cafe, and The Bitter End, Sawyer seemed an unlikely match for reality tv, but quickly won over broad audiences with his genuine delivery and unique arrangements of classic songs, going on to win season 8 of NBC's The Voice.

Fresh from that whirlwind, Sawyer went forward with the release of his major label debut, A Good Storm, with Republic Records, an impressive blend of soulful Folk, blues, and rock, entirely written or co-written by Sawyer. His 2016 A Good Storm Tour included 62 shows across the US.
In 2018, Sawyer once again went independent, reclaiming full artistic control, creating an album entirely written by Sawyer, self-produced and self-released. The highly-anticipated Hide Your Ghost sheds the high gloss major label treatment, and stays true to Frederick’s honest and elegantly stripped down style, a self-described “free range folk”, incorporating elements of blues, roots rock, and jazz with live instrumental arrangements throughout.

2019 finds Sawyer and his band touring the US and Canada, showcasing at the Folk Alliance Festival in Montreal in February and SxSW in Austin, TX in March.

Beth Bombara's album Evergreen began thousands of feet above sea level. Looking to step back and clear her head after a long bout of touring, the rock & roll-influenced Americana artist nestled herself in the Rocky Mountains in a remote cabin. The cabin’s name? Evergreen. She spent time wandering through acres and acres of untouched forest around the cabin, up and down craggy rocks that felt nothing like her native Michigan nor her adopted home of St. Louis. Almost by accident, songs for her sixth album began to take root.

“I wasn’t writing a new record -- at least, I didn’t think I was at the time,” she admits. “But I’m starting to realize, that’s just what I do. I write songs. You know how trees exhale oxygen? They don’t think too hard about oxygen...it’s just a byproduct of their existence. Well, songs are a byproduct of my existence. I’ve already exhaled these songs, but maybe they’re a needed breath for someone else. And the idea that even one other person needs them is what fulfills me.”

Although based in Missouri, Bombara has spent much of her adulthood on the road, carving out her own award-winning mix of vintage folk and electric roots-rock. She’s been a solo artist, a bandleader, and an occasional side musician for other artists. With Evergreen, Bombara resumes her role as the leader of an amplified Americana band. These songs were largely written on the run -- in friend’s basements, during soundchecks, and on the road -- while Bombara and company toured the country in support of her 2017 release, Map and No Direction. As a result, there’s a strong sense of movement here, from Samuel Gregg’s versatile guitar playing to the thump of the group’s rhythm section (featuring Mike Schurk on drums and Kit Hamon -- Bombara’s right-hand man and longtime collaborator -- on bass). Gluing the sound together are Bombara’s unforced vocals, sharp hooks, and optimistic lyrics, which find her taking an honest look at life’s difficulties while continuing to move forward with positivity.

“Getting to work these songs out on the road was invigorating,” says the songwriter, who’d previously recorded Map and No Direction with a small, insular team consisting of Hamon and co-producer Karl Kling. “So I already feel invincible with my touring band, and then my friend John Calvin Abney joined in on keys (and production). The five of us just walked in to the studio, set up in one live room, and hammered out the whole album in less than a week. It was the most fun I’ve ever had making a record. Everyone’s doing what they do...it just felt effortless.”

From Tom Petty’s heartland rock & roll to Aimee Mann’s quirky indie-folk, Evergreen sources its inspiration from iconic sources. Even so, this is the unmistakably unique work of Beth Bombara, a singer/songwriter who, over a half-dozen albums, has nodded to past traditions while always pushing ahead into new territory. Evergreen is her newest high-water mark: an album that matches her craft with the nuanced stomp of her strongest band to date.