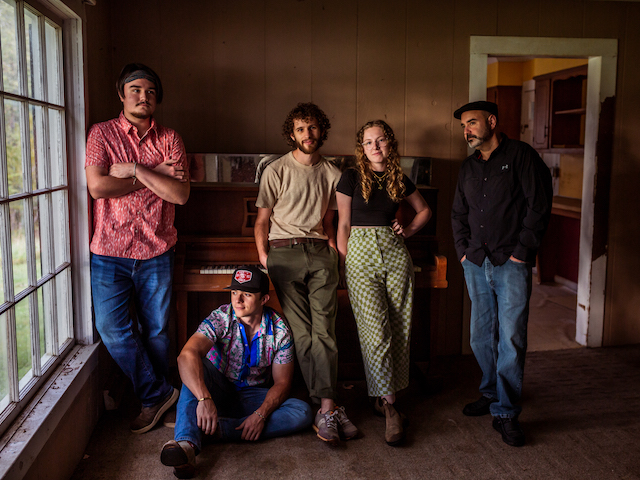 ShadowGrass can trace its roots to the forefathers of bluegrass. While fully embracing the traditions of the past, ShadowGrass is moving forward in the genre by incorporating each member’s varied influences. This is a band that is comfortable stepping outside the bounds of traditional music while maintaining traditional instrumentation. Holding to their bluegrass roots, fast picking, and fresh arrangements have earned the band numerous awards in competitions across the region. ShadowGrass has had the privilege of playing at exciting venues, including The Blue Ridge Music Center, The Lincoln Theatre, The Historic Earle Theatre, Dollywood, and Silver Dollar City, and at festivals such as the National Folk Festival, MerleFest, Pickin in Parsons, the Berryville Bluegrass Series, HoustonFest, the Richmond Folk Festival, the National Youth Workers Convention, the Lowell Folk Festival, the Montana Folk Festival and the IBMA World of Bluegrass StreetFest. ShadowGrass has also appeared on the Today Show with Al Roker during the 2016 IBMA World of Bluegrass Week in Raleigh. ShadowGrass has been called “one of the most thrilling bluegrass bands to emerge from the musically-rich Crooked Road area in recent memory.”