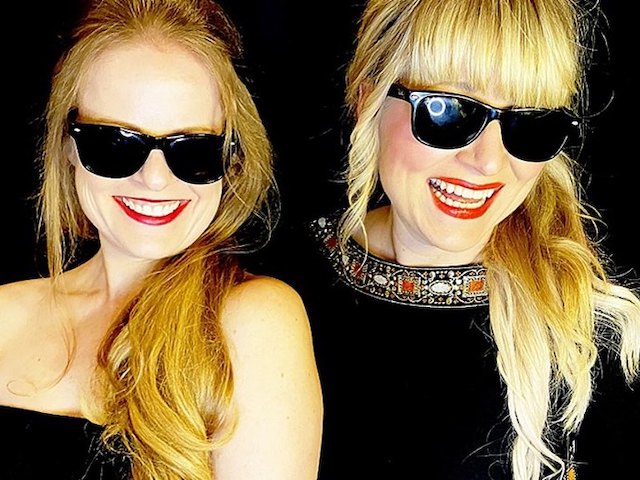 Date:
Saturday, October 9, 2021
Time:
7:30PM
Venue:
Lawn Concert
Price:
$15 :: Masks are Required
Status:
Tickets on Sale now - Please Call the Venue
Details:
Reserved Tickets for the Lawn are available with dinner reservations only :::: There is a $20 minimum in food and beverage purchases per person with your dinner reservation :: Seating will be limited and socially distanced :: You MUST call venue (828-575-2737) to make a dinner reservation and purchase your tickets. :::: If the weather is inclement - the concert will move to the Main Stage

In a town bursting at the seams with songwriters, it was a stroke of Nashville serendipity that found Americana artists Alice Wallace and Caitlin Cannon seated next to each other at songwriter’s round back in 2018. Now, two and a half years later, with an armful of co-written songs that deftly straddle the line between class and crass, Wallace and Cannon have decided to take their shared love for a heartbreaking hook and punchy turn of phrase and form their own band.

They call that band Side Pony.  They are touring in support of their brand new album

Though Wallace and Cannon are each well-established songwriters and performers individually, the strength in the pairing of these artists is in the depth of their differences – which is as great as the space between the East and West coasts. Wallace’s voice rings with echoes of the 70s country and rock of her California roots, with influence from artists like Linda Ronstadt, Emmylou Harris and Joni Mitchell. Cannon, on the other hand, spent the entirety of her twenties in New York City and developed a grungier songwriting style that brings to mind Nanci Griffith or Kelly Willis, and derives influence from Alt-C artists like Shovels and Rope and Elizabeth Cook. On stage as Side Pony, Wallace’s mesmerizing, powerhouse performance skills are expanded by Cannon’s plaintive and earnest harmonies, and their combined affinity for sucker-punch lyrics and truth-telling leaves no empty spaces.