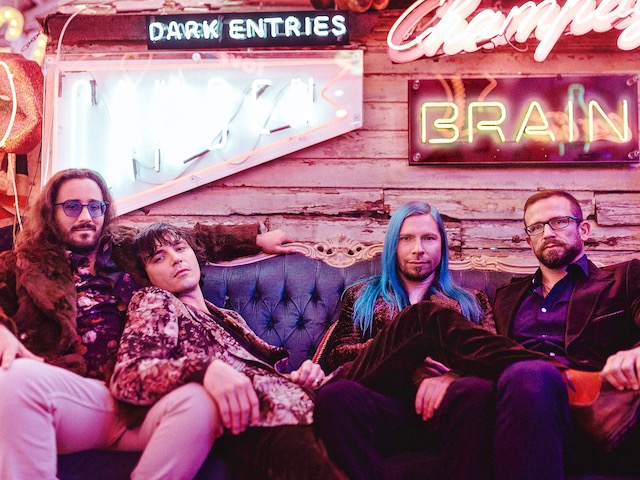 After years dedicated to rowdy, high-energy live shows, providing tour support for Old Crow Medicine Show, Travis Tritt, Sam Bush, and Shooter Jennings—and building their own grassroots cult-following—Strung Like a Horse teamed up with Transoceanic Records and Grammy-winning producer, Matt Ross-Spang (Jason Isbell, John Prine, Margo Price, Calexico/Iron & Wine, Lucero), to record their first studio album, WHOA!, at Nashville’s famed Sound Emporium. Most of the tracks were laid down with the band playing together in one pass, without overdubs, and sent to tape, making it a “record that captures the vibe of their rightfully celebrated live shows perfectly.” WHOA! has spent over 16 consecutive weeks in the Top 40 at Americana Radio, while debuting at #2 on the Billboard Bluegrass albums chart, #1 on Amazon New Releases, #2 on the Amazon Alt-Country/Americana chart, #4 on the Alt-Country Specialty chart, #7 on Bluegrass Today’s Grassicana chart, #6 on the Folk chart, and #2 on the Alternative Folk chart. The album also made No Depression’s “Best Roots Music Albums of 2020,” Alternate Root’s “Top 100 Albums for 2020,” and Next’s “Notable Songs in 2020” year-end lists. Their official music videos of the radio hits, “Crazy Like Me” and “Till the Wheels Fall Off,” premiered on Ditty TV and CMT Music channel.