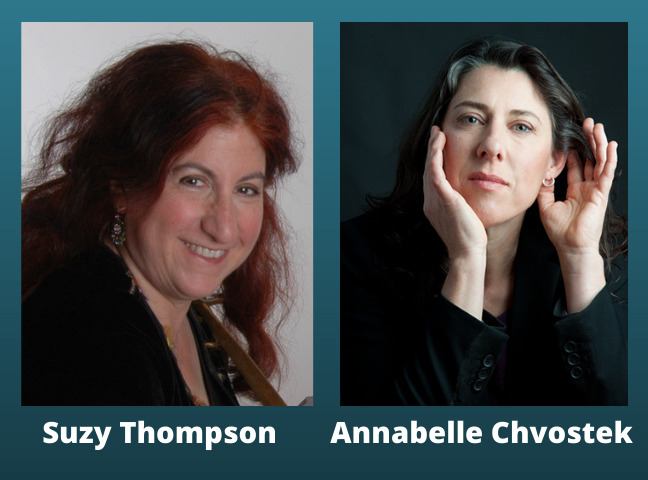 After registering, you will receive a confirmation email containing information about joining the meeting.

Suzy Thompson will sing through many of the songs (in order) from “Woodsmoke & Oranges”, Paul Siebel’s astonishing 1970 debut LP on Elektra, produced by Peter Siegel. Few songwriters ever come up with this many great songs; in addition to “Louise”, made famous by the likes of Bonnie Raitt, Leo Kottke, Linda Ronstadt and many others, the album is filled with other memorable portraits and love songs (and yodeling). Paul Siebel made one other studio LP but he never liked touring and retired from music. Suzy says: “Personally, I’d be ecstatic if I could ever make an album as good as “Woodsmoke & Oranges”, not only are the songs great but the back up (David Bromberg, Richard Greene, and the incredible steel player Weldon Myrick) is also stellar. It’s the songs however which hold the most power.”

Suzy is best known for her traditional Southern fiddling and blues singing, and for her work with Jim Kweskin, Geoff Muldaur, Del Rey, Laurie Lewis and many other roots music notables. When asked why she is doing an entire show devoted to one songwriter, she replied: “Over 50 years have passed and I find Siebel’s songs have stuck with me and seem now to have an even deeper resonance than they did when I first learned them. Some of the arrangements hark back to the mid-1970s when Hoyle Osborne turned me on to Paul Siebel’s music. This is the soundtrack of my early 20s and of Eric’s and my courtship.”

Annabelle Chvostek is a Toronto-based singer-songwriter, composer and producer whose musical achievements range from folk to jazz to indie pop. She’s released six solo recordings, composed music for dance and film, and was once in the band The Wailin’ Jennys.

Annabelle’s latest album String of Pearls bridges her Canadian singer-songwriter tradition and the sounds of her East European heritage with a long-standing connection to Uruguay. Recorded and co-produced in Toronto and Montevideo, String of Pearls pushes the boundaries between the worlds of Folk and Swing, evoking the grittiness of 1930s tango, Berlin cabaret and Hot Club Jazz while staying true to her folk roots.