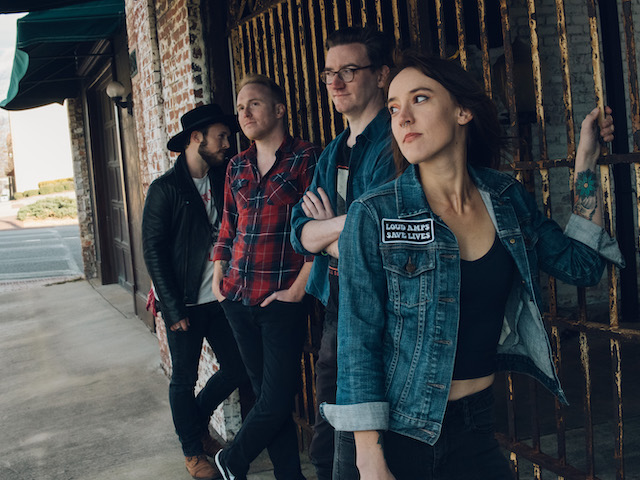 This concert has been cancelled

Growing up in Alabama as a “first generation” Southerner, Athens, GA based Sylvia Rose Novak frequently bucked against the conventions of the region in her formative years. She took to music at an early age, studying jazz bass since the age of 12. In her teenage years, she fell in love with grunge and the first wave of emo and pop-punk.

Though her career blossomed in the folk-Americana scene, Novak’s youth beckoned when it came time to write songs for her most recent album, “Bad Luck” (2020). Matching the youthful energy of the songs is her steadfast band-collectively titled ‘“Parts Unknown”.

The inability to tour in 2020 led Novak to record what will be her fifth studio album. As it began shaping up, it was clear that all traces of her folky past had been laid to rest under a mountain of thunderous bass and drums, heavy guitars and powerful vocals.The recordings soon split into two fronts: Side one a follow up to “Bad Luck” and side two a headlong dive into Novak’s Pop Punk roots. The result is a collection of songs that Foo Fighters fans will immediately gravitate toward, with Novak’s lyricism and productional vision at the forefront.