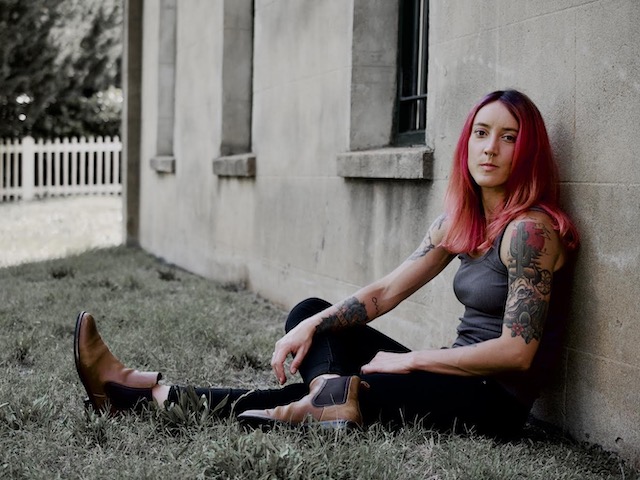 Sylvia Rose Novak has always come out swinging. This is as apparent on the opening track, “Fallout”, of her fifth studio album, A Miss/ A Masterpiece, as it is in the fact that she’s been releasing a full-length studio LP every two years since 2014. She’s been called prolific more than a handful of times but the Athens, GA bassist and songwriter simply prefers to think of herself as driven.

Met with acclaim from publications such as American Songwriter and Billboard, Novak’s aptly-named 2020 release BAD LUCK carefully bridged the gap between her former life as an Americana artist – a genre that she felt put into because the music industry and fans alike had issues boxing her into one space – and her foray into pure rock and roll. However, when it comes to A Miss/ A Masterpiece, Novak is expecting fans of her previous work to leave their preconceptions at the door and realize that the Sylvia Rose Novak they thought they knew is a Sylvia Rose Novak who never was. Novak wants to see her name in the Rock & Roll Hall of Fame, not the Country Music Hall of Fame. She closes her eyes and sees herself selling out Wembley, not the Ryman. A Miss/ A Masterpiece is deeply reflective of the person and the artist that Novak has always known herself to be.

It is high time the world meets her as she was meant to be introduced: in her favorite Black Sabbath tank top, black jeans, and a scuffed pair of well-loved motorcycle boots.

Come enjoy an evening of live music, food and drinks at Isis Music Hall. Dinner Reservations are available in the front dining room prior to the show