Tammy Rogers, Mike Compton and Thomm Jutz team up for a rare string of shows in the South.  These three friends who have written and recorded together on many occasions present a snapshot of their collaborations in a relaxed trio string band format. Tammy Rogers is known to many as founding member and fiddler for the Grammy-winning Bluegrass band The Steeldrivers. Compton is one of the finest mandolin players on the circuit with a deep understanding of Southern roots music that earned him a Grammy for his work on the “Oh Brother, Where Art Thou” soundtrack. Jutz is a songwriter, producer, and guitar player who was nominated for a Grammy for his 2020 album “To Live In Two Worlds, Vol.1”

As a co-founder of the GRAMMY-winning super group The SteelDrivers, Tammy Rogers has solidified a unique sound that resonates around the globe. Nurtured by a family deeply rooted in bluegrass with her dad showing her a few chords on the mandolin at the age of five, she stepped onto the stage of various bluegrass festivals with the family band. Her talents lie way beyond her instrument. She is an award-winning chart-topping songwriter having written hits for country star Terri Clark (“A Little Gasoline”) and others, as well as being the key writer for the GRAMMY, IBMA and Americana Music Association winning group SteelDrivers. Prior to co-founding The SteelDrivers with Chris Stapleton, Mike Henderson, Mike Fleming and Richard Bailey; Rogers had a flourishing career when she released her debut in 1995 In The Red, a self-titled album in 1996 and the 1999 Speed of Love. All of these accented her studio session work while launching a critically acclaimed label with Nashville veterans Kieran Kane, Kevin Welch and Harry Stinson. The ground- breaking label Dead Reckoning paved the way for what is now universally known as ‘Americana Music.’ 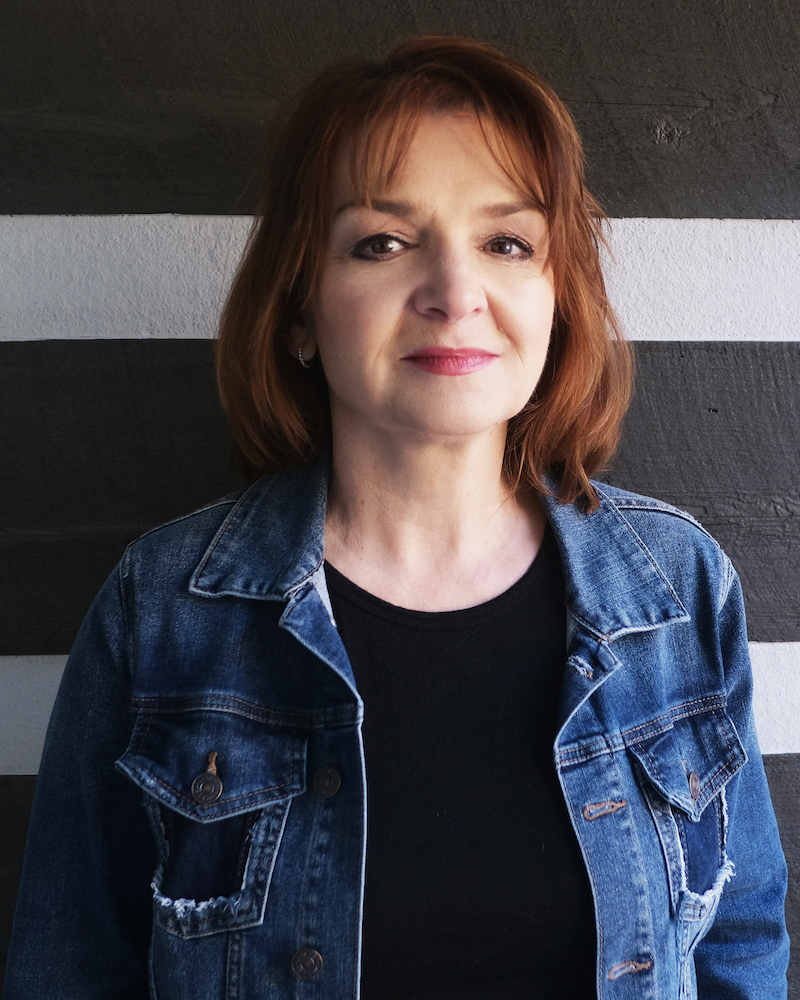 Raised in the Black Forest of Germany, Thomm Jutz has become an American roots music treasure. Jutz (it’s pronounced “Yootz”) was a young, classically trained musician in Germany when he heard Outlaw legend Bobby Bare sing on a television show and decided to devote his life to informal music.

He saved money, won the immigration lottery (yes, there is such a thing), and eventually moved to Nashville, where he found work touring with Nanci Griffith, Mary Gauthier, David Olney, Kim Richey, and many more. He built a recording studio and produced albums for Country Music Hall of Fame members Bill Anderson and Mac Wiseman, among many others.

His virtuosity, eloquence, and clarity of expression have made him a linchpin of Nashville’s creative community, and in 2020 his To Live in Two Worlds, Volume 1 was nominated for the Best Bluegrass Album Grammy, making him the first immigrant to receive a nomination in that category.
He’s earned four nominations and a 2021 win for the International Bluegrass Music Association’s Songwriter of the Year award and is a current lecturer of songwriting at Belmont University. He has written numerous Bluegrass number ones, and his songs have been recorded by John Prine, Nanci Griffith, The SteelDrivers, Balsam Range, and more. He’s had over 250 film and TV placements of his music worldwide.

Jutz is working on a master’s degree in Appalachian Studies at East Tennessee State University, writing his thesis on Grammy-winner Norman Blake. Additional writings and essays have been published in American Songwriter and the IBMA Songwriter’s Newsletter.
Jutz is featured in the Country Music Hall of Fame’s American Currents exhibit, slated to run 2022-2023 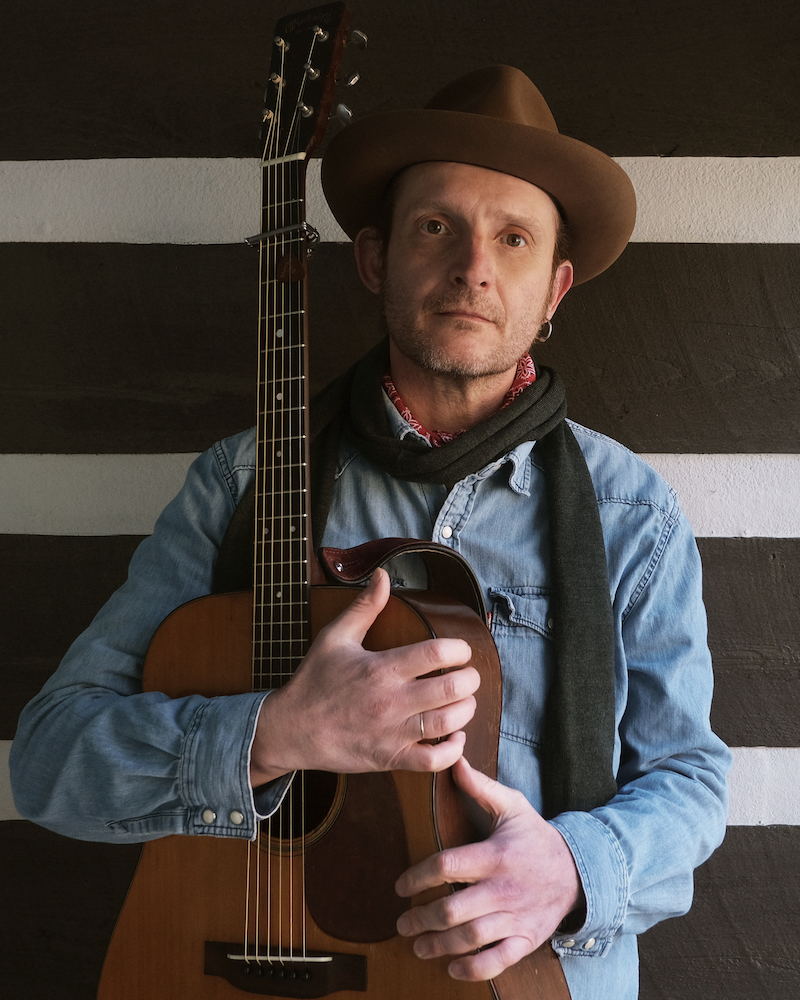 Befriended and mentored by Bill Monroe, the acknowledged Father of Bluegrass Music, Mike Compton is one of today’s foremost interpreters of Monroe’s genre-creating mandolin style. Mandolin students from around the world make the pilgrimage to his annual Monroe Mandolin Camp in Nashville, TN, where Compton and a select handful of other experts teach everything from the basics of bluegrass mandolin to the most intimate details of Monroe’s endlessly inspiring mandolin style.

Mike Compton’s decades of touring and recording with musical luminaries ranging from rockstars Sting, Gregg Allman and Elvis Costello, to straight-from-the-still acoustic legends like John Hartford, Doc Watson, Peter Rowan, Ralph Stanley, and David Grisman, have established Compton as a true master of the modern American mandolin and a premier interpreter of roots and Americana musical styles.
Compton’s mastery of mandolin is at once effortless and exceptional. A compelling entertainer either alone or with a group, his skills as a singer, arranger, instrumentalist, composer and accompanist also make him in-demand as a band member and ensemble player at festivals, clubs and concert halls, recording sessions, music workshops and as a private instructor. With more than 140 albums in his discography, including work with Willie Nelson, Dolly Parton, and Patty Loveless, Compton has helped keep mandolin a cool, relevant sound as the modern musical styles ebb and evolve to reach an ever-broadening audience.

A native of Mississippi, Compton picked up the mandolin in his teens and absorbed the area’s native blues, old-time country and bluegrass sounds. He soon gravitated to Nashville, where he helped found one of the 20th Century’s most admired and influential bluegrass groups, the iconic Nashville Bluegrass Band. He’s also been a part of the John Hartford Stringband, Helen Highwater Stringband, 1942, Compton & Newberry, and other seminal groups. 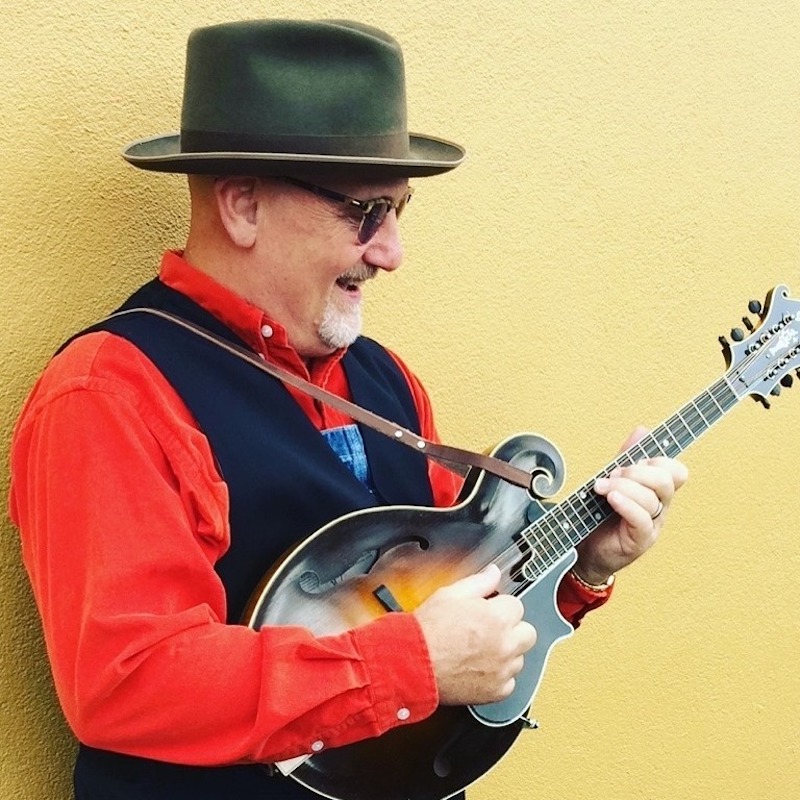