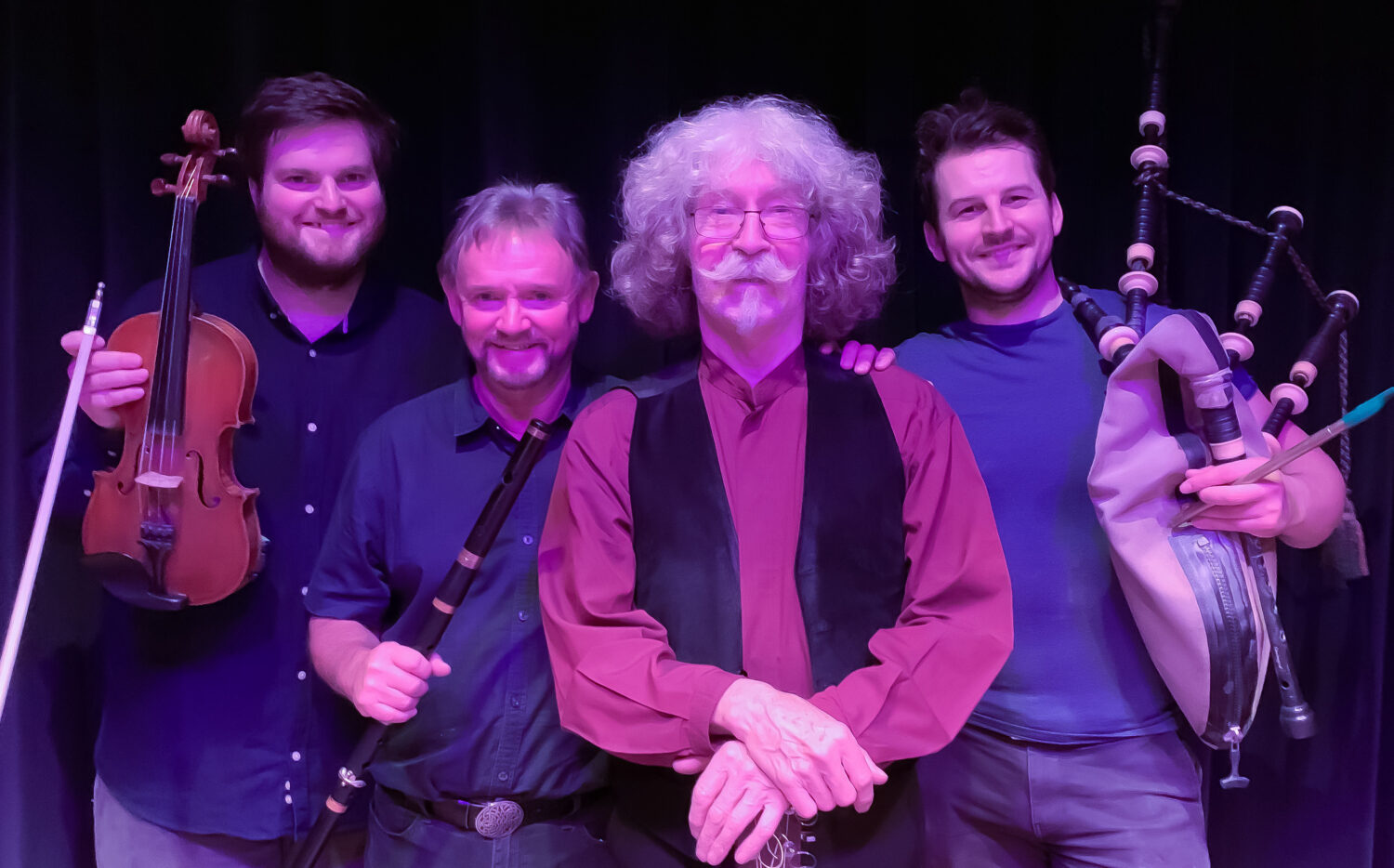 In the late 18th and early 19th century Scotland was in a turmoil of change. Highlanders were being driven from their lands and into the burgeoning Lowland factory systems. This brought two quite distinct cultures together, the mystic Celtic culture of the North and the old Anglo/Scots culture of the Lowlands. They were married by the double barreled shotgun of necessity and the Industrial Revolution. But this forced union brought forth a cultural heritage which, thanks to people like Robert Burns and Robert Tannahill, outlasted the worst of the Industrial Revolution. It married the mystic beauty of the Celtic music to the coarse, brawling, but vitally human music, poetry and ballads of the Lowlands. It is precisely this strangely moving yet lustily stirring quality that the Tannahill Weavers have captured in their arrangements of the traditional music and songs of Scotland. All of their material is traditional, but as good musicians should, they have transformed it and brought it into the modern world, vitally alive and kicking.

As they enter their 54th year in 2022, the Tannahill Weavers are one of Scotland’s premier traditional bands. Their diverse repertoire spans the centuries with fire-driven instrumentals, topical songs, and original ballads and lullabies. Their music demonstrates to old and young alike the rich and varied musical heritage of the Celtic people. These versatile musicians have received worldwide accolades consistently over the years for their exuberant performances and outstanding recording efforts that seemingly can’t get better…yet continue to do just that.

The Tannahills have turned their acoustic excitement loose on audiences with an electrifying effect. They have that unique combination of traditional melodies, driving rhythmic accompaniment, and rich vocals that make their performances unforgettable. As the Winnipeg Free Press noted, “The Tannahill Weavers – properly harnessed – could probably power an entire city for a year on the strength of last night’s concert alone. The music may be old time Celtic, but the drive and enthusiasm are akin to straight ahead rock and roll.”