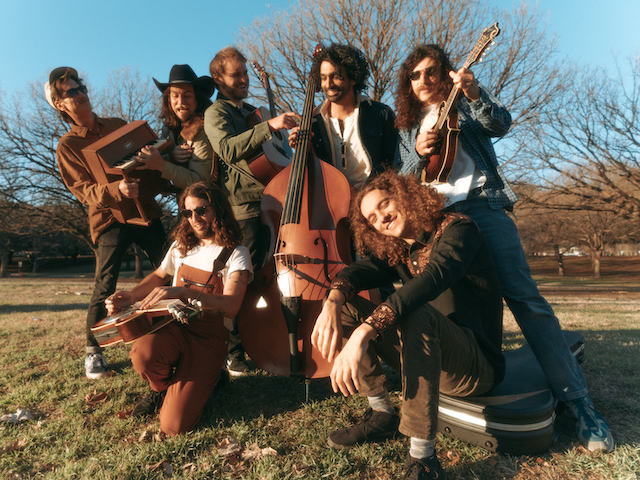 “They are exactly what they sound like–accomplished acoustic string musicians playing in the venn diagram of bluegrass, folk-country, and hippie jugband music– and they have a fast-growing fanbase.” [Rick Pierik]

At first glance, the mandolin, banjo, guitar, and upright bass of Texas String Assembly suggest a group rooted in traditional acoustic music—but this unique band, with nearly enough members to field a baseball team, has created their own sound that reflects the diverse musicians who form the assembly. Less than two years ago, half the group couldn’t pick bluegrass from zoysia. It was amidst the musical lull of 2020 that Texas String Assembly was conceived, first performing from a front porch to their friends sitting scattered and six feet apart on a street corner somewhere in Austin, Texas. Fast forward to 2022 and this rag-tag band of hooligans has dozens of shows under their belt, has played Austin’s finest stages alongside some of the town’s most beloved musicians, and has even packed out the famous Mohawk outdoor venue for their raucous “DOGGABONE” album release show in June.

At a typical Texas String Assembly show, you‘re just as likely to hear a bluegrassy melody being played by high-speed pickers Connor Beitel (banjo), Will Coleman (mandolin), and Jimmy Hadaway (guitar), as you are to hear a funky hip-hop inspired breakdown from the thunderous rhythm section of Momin Ahmad (bass) and Stijn Dobbelaere (drums). Add the bluesy keyboard stylings of veteran Willy McGee (piano, wurlitzer, organ) and hauntingly emotive steel slides from Drew Smith (resonator guitar) and you have the potpourri of musicians who make the Texas String Assembly sound. For their debut album, DOGGABONE, Texas String Assembly joined forces in the studio with hotshots Ross Brown (fiddle), Marshall Lowry (tenor saxophone, flute), Pat Manske (engineer, congas), and executive producer Matthew Logan Vasquez. Since DOGGABONE’s release, Texas String Assembly has been running like a race horse- galloping through an ambitious 7-show Europe tour and now embarking on a southeastern journey as they make their way to Americanafest 2022. 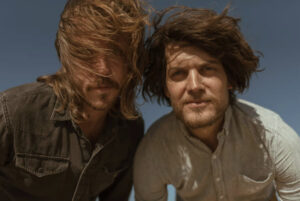 Strawhouse was formed in the Fall of the pandemic year 2020. Joey and Matt got together for what they thought was just a jam session. That jam started with just playing random chords and soloing, and ended up with a songwriting session. The first song that was written ended up being their first single release “It Was Beautiful.” The next week they got back together for another session and ended up writing another song, “Our Turn to Run.” It became a thing for Matt and Joey to keep writing songs each and every practice/jam. As the songs got plentiful, Matt and Joey decided that they would record the songs into an EP. Working with Perry Rhodes as Producer, Matt and Joey recorded the first 6 songs they wrote together for their first EP.

Come enjoy an evening of live music, food and drinks at Isis Music Hall.  Standing Show ::  Dinner Reservations are available in the front dining room prior to the show