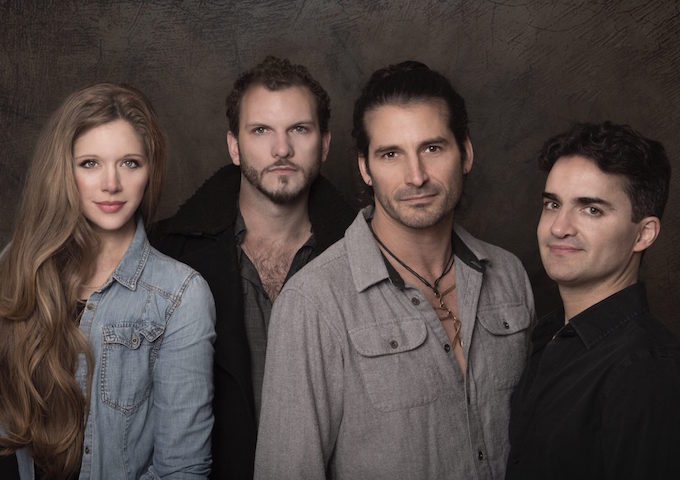 Adam Ezra felt alone. It was March of 2020, and as the COVID-19 pandemic began tightening its deadly grip across the United States, the roots rock stalwart found himself forced off the road for the first time in years, stuck at home with a calendar full of cancelled tour dates and no one to perform for. Concerned by the chaos unfolding around him but certain he wasn’t the only one in search of some kind of solace, Ezra decided to pick up his guitar, turn on his phone, and do what he’d always done in times of worry or doubt: play a show.

Ezra kept his promise and then some, returning every single night after that for what he and his fans would eventually come to call The Gathering Series. Interactive and improvisatory, the shows took shape on the fly, drawing on daily life and frequently featuring newly written material and never performed songs from Ezra’s extensive back catalog. Through his own harrowing battle with COVID, a move to the Mojave Desert, a socially distanced summer tour, and even his wedding day, Ezra never missed a performance, broadcasting without fail from wherever he found himself each night at 7pm Eastern. Driven by a belief that small grassroots communities have the power to impact the world, Ezra - who has gone live daily since March 13th 2020 - has reached a cumulative audience of well over 15 million viewers worldwide, a staggering feat for any artist that stands as a testament, not only to his artistic endurance, but also his ability to provide an accepting and supportive space for newcomers joining his tight-knit community of fans during a time when it’s needed more than ever.

“The people who watch every night, they’re tuning in for me, but they’re also tuning in for each other,” says Ezra. “They’re tuning in for comfort and compassion and connection, but maybe also a sense of normalcy and grounding during this time that seems to be shaking the very foundations of who we’ve always thought we were. As special as The Gathering Series is, I don’t think it could have achieved this kind of success if we didn’t have this incredible fan community around us that is inspired by engagement and activism.”

Working outside the confines of the traditional music industry, Ezra and his band, the Adam Ezra Group, built that foundation through sheer grit and determination, regularly performing hundreds of shows a year for the past two decades without any major label or mainstream radio support. Fusing folk intimacy and rock energy with soul power and pop charm, the band first emerged from Boston in the early 2000s and quickly garnered widespread acclaim for their bold, insightful songwriting and interactive, euphoric performances. From hole in the wall bars and house concerts to sold-out headline shows and dates with the likes of Little Big Town, The Wallflowers, Gavin DeGraw, Train, and The Wailers, Ezra and his bandmates treated every single gig like their last, attracting a die-hard following that believed not just in the music, but in their commitment to activism and social change, as well. Charity events and fundraisers were a regular part of the group’s touring schedule, and each year, thousands of Adam Ezra Group fans would gather in Boston for the band’s homegrown festival, The Ramble, which raised money and marshaled resources to help homeless veterans find safe and dignified housing.

“With the pandemic raging, 2020 was going to be the first time in ten years that we couldn’t host a Ramble,” says Ezra, “so we decided to incorporate it into The Gathering Series and put on a 24-hour, non-stop livestream. It was a crazy idea, but by the end of it, we had tens of thousands of people rambling with us from around the world and we’d broken our previous fundraising record, collecting enough money to help 64 of our veteran heroes off the streets.”

While that 24-hour livestream was undoubtedly the most taxing installment of The Gathering Series, finding ways to broadcast a new, unscripted hour of live music every night for a year was rarely easy. In April of 2020, Ezra came down with COVID and found himself so weak he could barely get out of bed to perform. In May of 2020, he and his wife traded Massachusetts for the Mojave, setting up a temporary home base in a cabin outside Joshua Tree, where Ezra would continue to stream daily from the desert. In the warmer months, he and the band cooked up a way to bring The Gathering Series to the real world, performing nearly 100 safe, socially distanced shows in parks and backyards around the country while still managing to go live every night at 7pm.

Apart from the emotional and physical commitment, playing every night hasn’t been without its logistical challenges as well. “I remember one night I was in a hotel, and the WiFi went out,” says Ezra. “I jumped in the van and just started driving until I found service, and then I pulled over and played the show right there on the side of the road from the driver’s seat. Turned out to be one of my favorite memories looking back on the year.”

As if over 500 shows since the pandemic started isn’t enough to keep them busy, Ezra and his bandmates—fiddler Corinna Smith, drummer Alex Martin, and bassist Poche Ponce—also embarked on an ambitious new recording series in 2020. Dubbed The Album Project, the endeavor will see the band releasing at least 19 new singles over the next few years, trading in the traditional LP format for a steady flow of fresh material designed to keep their ever-expanding community active and engaged even beyond the pandemic. The series opened up, fittingly enough, with “All Right Today,” an effervescent, feel-good ode to putting one foot in front of the other, to living in the moment and leaning on one another to get through our hardest times.

“I wrote that song years before COVID,” says Ezra, “but that line, ‘We will be all right today,’ kept coming back to me through this whole experience. It felt like a mantra I continue to lean on right now and the right way to kick this whole thing off.”

In celebration of their 365th Gathering show, Ezra and the band followed that release up with The Album Project’s second installment, “Switching To Whiskey,” which hints at old-school country and Appalachian folk as it meditates on the power of heartbreak and memory. Like much of Ezra’s catalog, the bittersweet track is intimate and organic, fueled by stripped-down, acoustic instrumentation and the kind of raw, honest vocals that cut straight to the heart of things. “Switching to Whiskey” has well over 225K streams on Spotify, and a new music video on YouTube.

“As soon as we started playing that one live, it became one of our most-requested,” says Ezra. “And the beauty of The Album Project is that when our fans are really connecting to something, we can just record it and get it right out to them, because they’re truly the engine behind everything we do.”

The third release from the project “Devil’s Kiss” released in May 2021, and focuses on Ezra’s reaction to the Covid-19 pandemic, and all of the challenges everyone has faced over the past year.

What comes next for the Adam Ezra Group? They have started another socially distanced tour and have geared up to start a full routed tour again in June 2021. Perhaps another 24-hour livestream will be in the works? Perhaps something even crazier. The future is anyone’s guess right now, and the only thing the Adam Ezra Group knows for sure, is they’ll be out there making music however and whenever they can. 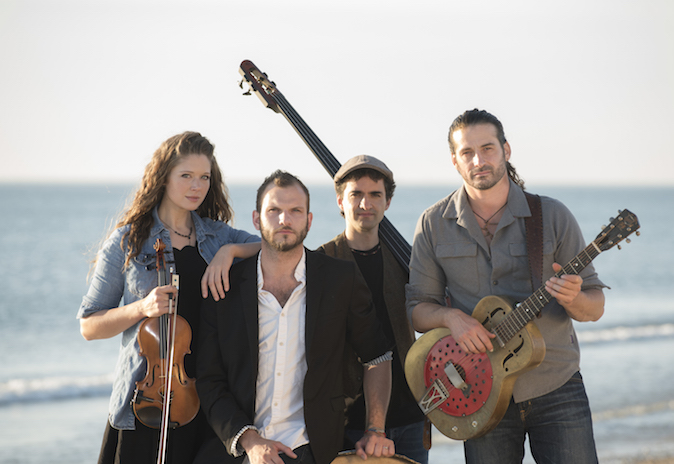