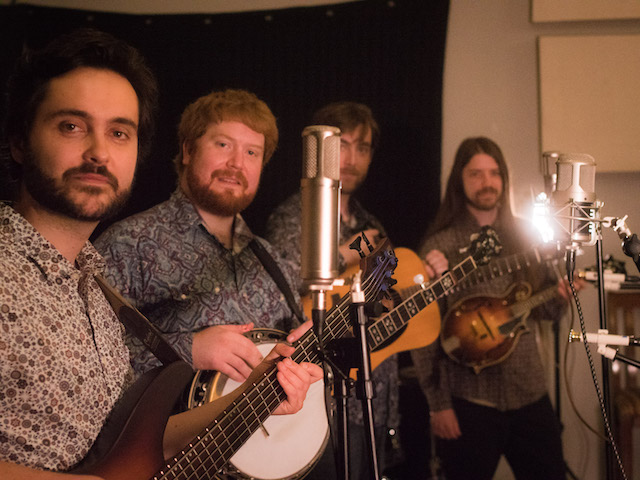 The Dirty Grass Players, a four-piece new-grass band from Baltimore, is known for having one toe-tappin’ foot in traditional bluegrass while pushing boundaries with their blazing musicianship. Composed of Connor Murray on bass, Alex Berman on vocals & banjo, Ben Kolakowski with the guitar & vocals, and Ryan Rogers on mandolin, they have been bringing their growing fanbase a down and dirty performance for over five years.

Their ability to seamlessly transition from down-home bluegrass to spirited improvisation makes each performance unique. Mix in some Allman Brothers, Pink Floyd, or a dash of southern rock and you’ll quickly understand what they mean by “Dirty Grass”.

Entering into their sixth year together, The Dirty Grass Players just released their 2nd studio album, “Beneath the Woodpile”. Put together with alluring harmonies, lyrics, and melodies, the band presents a sound precisely at the crossroads of traditional and progressive bluegrass. This isn’t just another run-of-the-mill bluegrass album or band; it’s cathartic and dirty grass.