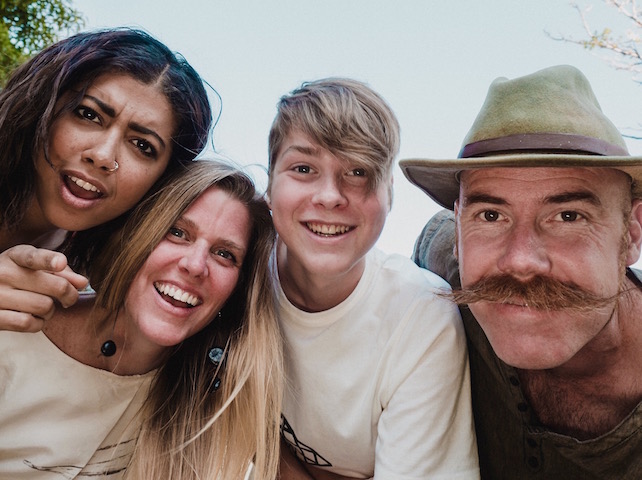 The Hollands! are a multinational family band with roots in Australia and the US. They are 21st-century nomads and frolic in the Americana/Folk Revival scene. With four full-length albums under their belt, the Hollands! are seasoned performers, performing in over 10 countries, including the US, Canada, Australia, and SE Asia. They are known for engaging audiences and rousing a sing-a-long with their intimate merrymaking.

The Hollands! are touring the US with their fourth full-lenght album, The Last Dance. Recorded over 7 days in the Blue Mountains of New South Wales, Australia with recording engineer, Chris Gillespie at his off-grid, solar powered, Blue Sky Recording Studios. The Last Dance is The Hollands! most diverse and comprehensive album thus far, including songs inspired by Welsh and Celtic folk tales. Featuring stories of lost love, life, death, family, and longing for a sense of home.
Musically, The Hollands!’ stock-in-trade is Americana/gospel or revival-style folk: exuberant and melodic, civilised, elegantly performed and arranged – eminently likeable, indeed.

The band’s personnel comprises Craig Holland (guitars), Jana Holland (mandolin/banjo), Graciana Holland (piano, ukulele) and youngest member Banjo Holland (cajon). Vocals are the sole province of the mother-daughter team of Jana and Graciana and it is the natural, gentle thrust of those familial harmonies that proves a notable feature of the groups sound on the majority of their songs. From a purely instrumental basis, despite the obvious level of accomplishment on display, there’s something basic and unfussy about the Hollands’ music, making, with no sign of grandstanding or note-spinning showing-off.

Whether listening to The Hollands! album or watching them live, fans will find them inclusive and delightful. 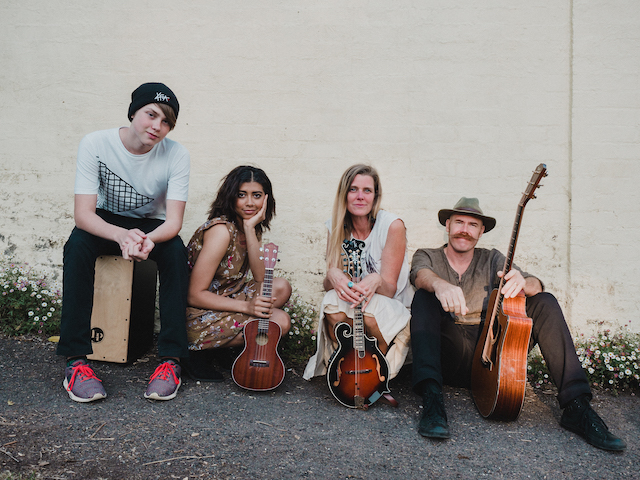