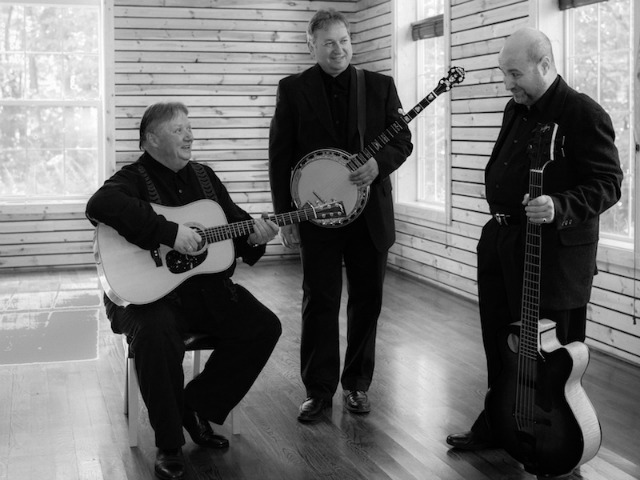 Date:
Wednesday, December 29, 2021
Time:
7:30PM
Venue:
The Main Stage
Price:
$35Adv / $35Door :: Proof of Vaccination or Negative Covid Test w/i 48 Hours :: Masks are Required
Status:
Tickets go on sale Monday, November 29th at Noon
Details:
Main Floor Reserved Tickets are available with dinner reservations only :::: There is a $20 minimum in food and beverage purchases per person with your dinner reservation :::: These are the only main floor tickets available :::: You MUST call venue to make a dinner reservation and purchase your tickets :::: General Admission Tickets are available for the Balcony only :: There is no dinner service for general admission balcony seating

In an ever-expanding body of work, Jens Kruger (banjo, vocals), Uwe Kruger (guitar, lead vocals), and Joel Landsberg (bass, vocals) personify the spirit of exploration and innovation that forms the core of the American musical tradition.

Originally from Switzerland, brothers Uwe and Jens Kruger began playing North American folk music at an early age and were particularly inspired by recordings of Doc Watson, Flatt and Scruggs, Bill Monroe, and other progenitors of country, bluegrass and folk music. Their first public performances were as a duo, busking on the streets of cities throughout eastern and Western Europe. After gaining a recording contract as well as a radio show on SRG SSR, the Swiss public broadcaster, they teamed up with bass player Joel Landsberg, inaugurating a trio that has been playing professionally together since 1995. Landsberg is an American citizen from New York, NY. The first re- cording project to include Landsberg was Behind the Barn, Vol. 2, released in 1997. The Kruger Brothers moved to the United States in 2002, and are based in Wilkesboro, NC.