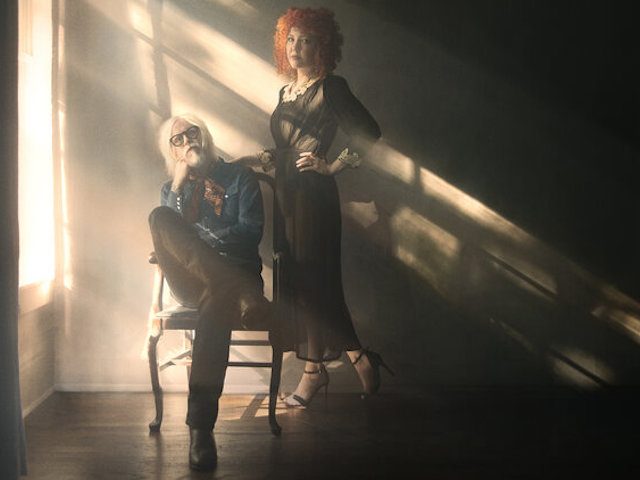 The pair also perform in Steve Earle’s band The Dukes. They are currently recording and will release No Time For Love Songs – produced by Shooter Jennings – in Spring 2020 on Red House/Compass Records.

The Mastersons are singer-songwriters/multi-instrumentalists Chris Masterson and Eleanor Whitmore. When they're not touring the world as valued longtime members of Steve Earle's band the Dukes, the musical and marital twosome make inspired albums of their own emotionally vivid, deeply humanistic songs. The duo's fourth set of original compositions is the appropriately titled No Time for Love Songs.
The Mastersons, who now call Los Angeles home after stints in Austin, Brooklyn and Terlingua, Texas; recorded No Time for Love Songs at L.A.'s legendary Sunset Sound Recorders with Shooter Jennings; the album was engineered and mixed by five-time Grammy Award-winning engineer, Ryan Freeland. Shooter had recruited The Mastersons to play on his albums Family Man (2012) and The Other Life (2013), and they’d recently reunited to work on Tanya Tucker's acclaimed comeback album While I'm Livin', which Jennings co-produced with Brandi Carlile.
"I've known Chris and Eleanor since about 2010, and they're unbelievable musicians and lifetime friends," states longtime admirer Jennings. "They were perfect for Tanya's record, and right after that, they asked me to produce No Time for Love Songs. Their take on music and singing and instrumentation is so original, and I knew that I'd be getting something great out of the experience, just by being there. They both bring so much to the table as musicians, and they sing so beautifully together, and they write these intricate, beautiful songs. I just love working with them."
"We were reminded of what a great musician and collaborator he was," Eleanor notes. "After recording with Shooter at Sunset Sound on Tanya's album, we decided that that's exactly where we needed to make this record."
"I do think geography comes into play when making records, and I think this record does have a Southern California feel to it," Chris adds. "I don't know if that's because we move a little slower than when we lived on the east coast, or if it's just where we are in our lives. It also doesn't hurt to live in a city where so many talented people live. We have an amazing community of friends and collaborators that helped shape this album."